Testing is an essential component of the mobile application life cycle. However, because of the effort and time required to complete the entire testing process, it is neglected by developers a lot of the time. It is essential to test a product at every step to make an application that is reliable and can make it enjoyable for users.

According to Statista, there will be more than 230 billion mobile app downloads in 2021, a figure higher than 200 billion in 2019. The market for mobile apps is growing, which is why mobile apps play an essential part in our daily lives. That’s why conducting portable tests is crucial to ensuring company growth. The guide below will explain the process of testing mobile devices, how to perform it, and the challenges you’ll need to master.

What is Mobile Application Testing?

Testing for mobile devices is where applications that run on contemporary mobiles are evaluated for usability, functionality performance, and more.

Testing on mobile devices is crucial to creating a top-quality product distinct from the crowd. Before releasing an app on the marketplace, each company must ensure that it is available to users, reliable, consistent and user-friendly.

What is the reason mobile app testing necessary?

As we can see in the present, the usage of mobile phones is growing every day. New applications are downloaded in response to reviews and ratings each day. Reviews and ratings for applications are dependent on the app’s performance. Therefore, this means that testing the mobile app is crucial. Different mobile phones operate on other operating systems and have various sizes of screens, making testing mobile phones a necessary procedure for software development. The update in the app will entertain the users. New bug fixes for the app ensure that no one uninstalls the app. Testing is crucial for apps to remain in the market.

In our current times, mobile phones have become very popular on the market. We do not wish to switch on our PCs or laptops. Instead, we prefer devices that can effortlessly and perform the job quickly.

This is the reason mobile apps must be tested before release.

How to Do Mobile Testing?

The initial step in your mobile testing strategy must be choosing the correct device to test your mobile application. Make sure you select real devices with different screen resolutions and OS to get accurate test results.

Because mobile testing devices on actual devices can be expensive and time-consuming, users can test using two virtual machines, the simulator and the emulator.

A mobile simulator emulates the operating system designed specifically for mobiles and allows you to run applications not explicitly designed for your OS. Emulators, for instance, an Android mobile emulator, are the same but use the hardware that the mobile’s hardware.

The next step of your mobile test application strategy is understanding the tools you can use to translate your tests into action. This will help you become more efficient and give you greater confidence when testing.

Although you can create your testing frameworks to increase efficiency, speed up testing and cut down on the cost of maintenance, vendor-based tools let you meet increasing requirements faster and receive more feedback more quickly. Vendor-based agencies already come with features that allow anyone to conduct a test, regardless of their technical expertise.

Setting up and choosing the testing framework you want can be challenging. However, vendors’ tools offer a quicker learning curve, making it simpler to begin by automating. When you use vendor-based tools, it is possible to reach customer support 24/7, which means you can resolve any problem at any moment.

Documentation is essential to creating the perfect mobile test plan. If you don’t write down your strategy everything from beginning to end, you could waste your time and create issues later on. However small you think it is, it’s helpful to document every decision, as it will aid in training employees and resolving problems.

Best Tools to Use for Mobile App Testing

Appium is an open-source test automation tool that can be utilized to create Android and iOS applications. Appium is supported by a vibrant, active community of open-source developers that offers constant assistance.

TestComplete can be described as an automatic UI testing tool made by SmartBear. It lets you create, maintain, and run UI tests for desktop, web, and mobile apps. TestComplete enables you to test traditional and hybrid mobile applications. Additionally, TestComplete can run tests using emulators, real devices, or virtual machines.

Espresso is an open-source framework for testing and automation developed for Google to run on Android. Espresso is powered by a massive community of users at Google, pushing its Espresso testing framework.

XCUITest is a framework for testing designed by Apple. It allows writing UI tests for iOS applications only. XCUITest runs inside the Xcode IDE and enables writing tests within the IDE, making it extremely practical and convenient for iOS developers. In addition, it can also be used in conjunction with the Xcode UI tests recording software.

Testing of mobile applications is an integral component of the whole life cycle of an application. Successful testing ensures the smooth and enjoyable operation of the entire system and ensures compliance with security standards. This article provides a comprehensive overview of mobile app testing. Readers will be able to learn about different types of mobile app testing, and the tools experts typically use. 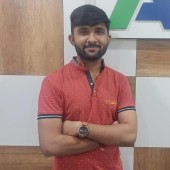 I am working as a business analyst at the most reputable and established Web and Mobile App Development company - TechAvidus.

Find out more about @bhaviksadhu