Mobile applications take most of the time users spend on a smartphone be it for education, entertainment, or utility purposes. The better the app’s user experience is, the more chances you have of user retention and conversion.

And, iOS is infamous for its user-friendly and engaging mobile apps as it targets specific audience segment that uses Apple devices. Evidently, it becomes even more significant for app developers to become better help for businesses that need their services.

As a business owner, you would want to hire iOS application developers who are qualified, experienced, and can match the fast-pacing technological evolutions. But to meet such expectations and bridge the technology gap, iOS developers are expected to keep themselves trained on new technologies along with the ins and outs of iOS app development.

This blog caters to the struggle of such iOS developers. Here, we will discuss some of the best resources these developers can find online and learn to up their development game.

Swift is a general purpose programming language created by Apple Inc. and came into picture around 2014. Ever since, it has been recognized as a powerful language to create applications for iOS devices such as iPad, iPhone, iWatch, iTV, etc.

Mentioned above is the official website for Swift programming language which iOS application developers can access. It helps them get a complete picture of what Swift is all about. It includes insightful information such as –

What developers can learn here?

Anything and everything related to Swift, new updates and release, supported platforms, latest features, installation procedures, and more!

Over 83 million developers, 4+ Million organizations, and over 200 million repositories – That’s what Github consists of. It is a place for developers to create, share, and contribute their code with other fellow developers.

They can create private or public repositories (as required), access open-source frameworks, share their coding issues, receive help, share codes with others, and more. Developers can code, collaborate, automate, secure code with backups, or be a part of the huge community.

The iOS developers can look for similar problems others have faced during iOS development in community forums and quickly escalate the issue without wasting much time. It is a great place to nurture one’s coding skills, become a part of large community, and collaborate with other developers.

Stack overflow is a renowned name amongst developers and technologists, not only for iOS development but more. It is a Q&A space where developers ask questions and get answers for them.

As a developer, you may face issues during iOS development and stack overflow might just have the way to fix it. All you need to do is type “[yourbugconsole_output] stack overflow” in Google and wait.

If anyone else has asked a question about the same error, you can check for answers that solved the problem. In case you don’t find the question or solution here, you can always ask question here and receive help from fellow developers.

Objc is not your regular guide and tutorial to learn the nuances of a programming language, it is rather a monthly periodical. The periodical talks about iOS & macOS app development in the form of videos, books, articles, etc.

It is most suitable for best iOS developers who want to expand their horizons of knowledge on iOS development. One can subscribe to their newsletter to have latest updates fresh off the oven or explore the blogs to explore deeply.

Books, tutorials, courses, workshops, iOS app marketing – Appcoda is about all that and more. Those who want to go beyond the basics and master programming with Swift, Swift UI, machine learning, etc., this is the platform for them.

It teaches you the basic to advanced intricacies of iOS development so you can begin your journey as an accomplished iOS developer. The tutorials and courses are well curated and great learning materials for developers.

These iOS resources are likely to help you become a better developer. Not only you can learn the programming languages and would come to work with them, you will also know where to look for solution when things don’t go your way.

Having in-depth knowledge of the Swift programming language, Apple iOS devices, user demands, and Apple guidelines will help you become a better developer. And businesses looking to hire ios programmers surely will perceive you as a suitable match.

Becoming an iOS developer requires knowledge about the iOS devices, Swift programming language, Apple app submission guidelines, app marketing tactics, and more! This blog is to help developers find some of the best iOS resources to upskill themselves.

Maulik Shah is the CEO of BiztechCS, a development company. He often takes the front seat in the company’s development projects, because he enjoys solving problems through technology. When it comes to writing for any blog, his contribution is priceless. Maulik ensures that his interaction with development is frequent enough, and his industry knowledge ever evolving, that he can share it. Despite his packed days, Maulik’s door is always open and he is generous with sharing this knowledge and experience.

Continuous Quality As a Key for 5 Star Mobile App Delivery 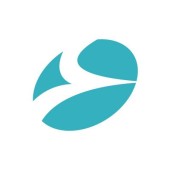 With over 15+ years of experience and 1200+ successful projects, BiztechCS is an ISO 27001 and ISO 9001 certified company. We are on a mission to help businesses like yours get ready for tomorrow by providing world-class tech teams. We’ve grown from 15 to now a huge family of 300+ talented developers, business thinkers, designers, and savvy marketers. We have all the required skills on deck to help your business expand in all dimensions.

Find out more about @biztechcs