When you begin the process of web testing, one of the main decisions you have to make is whether you will test manually or use automated procedures. While neither of these options is technically better than the other, the budget, time requirements and the amount of work will become definite factors, thereby affecting methods that will work best in your testing system.

Undoubtedly, software testing is a large domain, but it can be categorised into two main areas: manual testing and automated testing. Both testing procedures offer benefits and disadvantages. It is, therefore, important to know the difference between Automated and Manual Software Testing.

The goal of any detailed project is to reduce the cost and time required to complete it successfully while maintaining the output quality. When it comes to testing, one type may accomplish this goal more aptly than the other.

Manual testing: what is it? First, let’s talk about manual testing. Out of the two, manual tests can be more tedious and time consuming, especially if you’re making a lot of alterations to your app.  You’re not paying for your automation tools. Instead, you’re paying for someone’s time, which might be more cost-effective in the short-term. It all depends on what you have planned for your app’s  lifecycle.

Similar to the feedback from the average user, what you lose in efficiency when using automation testing, you will receive in more real-world QA reviews. In other words, you are getting more human elements in your tests. That’s because manual testing is just like a tester going through your programme and using it just like any other user would. A manual tester, by interacting with your app, can compare expectations on how the system should be run, then provide feedback on what didn’t work.

For example, a manual tester can easily differentiate between a button and the background colour, which usually makes it hard to see the button and understand what action to take.

This kind of user interface (UI) brings manual testing closer to the feedback you would expect from actual customers, which is something you can’t get with automated testing. If you have the resources, including the time and a good team, manual testing is the way to go.

Make sure a fresh set of eyes is part of the process of manual testing. It is often helpful to deploy someone new for an application run-through, learning the processes and identifying interface issues so that it becomes user-friendly when you implement it.

The method of manual testing is invaluable to websites because the tester is supposed to have full user experience, making it easier to assess visual components such as layout and size of the UI.

Moreover, most QA procedures begin with some levels of manual testing since it’s the best method for one-off testing and exploratory test cases as well as usability and ad-hoc testing. In order to compare a developing programme’s expected outcomes with the actual outcomes, automated tests use tools to run tests on algorithms. If the results are aligned, your programme is probably bug-free and running smoothly. In case if the two don’t align, you might have to take another look at the code, alter it, and continue to run tests until they align smoothly.

According to the senior SDET lead at Microsoft, John Overbaugh, “It only makes sense to use automated testing tools when the costs of acquiring the tool and building and maintaining the tests is less than the efficiency gained from the effort.”

Automated testing is best suited for large projects with numerous system users. Two of the biggest perks of automated tests are its effectiveness and relative speed. Once your initial processes are set up, it becomes easy to repeat tests, continuously fill out the same information and everything is done for you automatically.

The engineering director at Black Marble, Richard Fennel, explains the significance of using automated tools. He says the addition of automated testing has helped shorten the delivery cycle, as users are no longer limited to a complex development experience. It may not have removed the need for traditional development cycle completely, but much of the web parts, especially validation, has been made far easier.

Automated testing also manages to keep a developer’s mind engaged. Entering the same information into the same forms repeatedly during manual tests is a tedious task.

The process of setting up cases in automated testing uses technical approach, and keeps you on your feet. It’s also more applicable to the rest of the team, contributing towards better group collaboration and overall product making.

The most prominent feature of automated testing is that it’s faster and more accurate than manual testing. By allowing a number of tests to be run in parallel, the test cases can be distributed across different machines.

Compared to manual testing, where things have to move sequentially, only one test can be run at a time. As a result, the accuracy of automated testing makes it ideal for users to find glitches when running tests on repeat over a long period of time.

Additionally, automated tests are preferred for large projects that require heavy load, regression and performance testing. Every time a small fix is made, manual testing can be extremely time consuming, therefore, developers that specifically work on CI methodology rely heavily on automated testing to retest cases as they consistently change codes.

When should you use Manual Or Automated testing?

Manual testing is best suited to the following scenarios:

Nevertheless, automated testing can be carried out in areas such as: All in all, keeping all the aforementioned factors in mind, you can find the best test approach in the given testing situation and achieve high-quality output well within your budget and timeline. 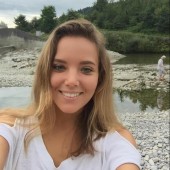 Erica Silva is a blogger who loves to discover and explore the world around her. She writes on everything from marketing to technology, science and brain health. She enjoys sharing her discoveries and experiences with readers and believes her blogs can make the world a better place.

Find out more about @ericasilva

One Response to “The difference between Automated and Manual Software Testing”