Over the past couple of years, DevOps has been a primary focus for IT companies and has been disrupting the technology world.

DevOps is a set of practices that combines software development and IT operations which improves the speed and quality of the software delivery process. With this approach, the development and operations team are interdependent and work collaboratively rather than being two distinct groups in the traditional approach. This system is designed to speed up the product release cycle. Along with the tools and processes required to enable DevOps, the approach is largely focused on the culture, the people and their mindset.

With time, as the term and concept grows in popularity, naturally there are misconceptions and confusion surrounding the question “What exactly is DevOps?”. When implemented properly, DevOps is worthy of the hype. The DevOps approach can deliver massive positive impact for organisations. It helps in reducing the overall cost, improving performance and breaking down silos between the teams.

For better understanding, it is important to know what DevOps is and what are the myths around it:

DevOps only focus on engineering and operations:
The term DevOps clearly communicates the main objective of the approach. DevOps started as a better way for operations and development teams to work together but today, the approach focuses on empowering the entire organization. Everyone involved in the delivery of software has a stake in this methodology as the approach is highly dependent on the culture, people and their mindset.

DevOps isn’t suitable for regulated industries:
Regulated industries have a tendency of micromanaging for checks and balances, as well as approvals from stakeholders. This doesn’t mean DevOps is not suitable for such industries; rather, if the approach is implemented and executed properly,  adopting DevOps would actually improve compliance. Automating the process flows and using tools that have built-in capability to capture audit trails can help.

DevOps without cloud is not possible:
Whenever we talk about DevOps, cloud is the first thing that comes up. Cloud technology provides the ability to strongly and effectively provision infrastructure resources for developers and testers to get rapid testing environments.
But this does not mean cloud is mandatory to implement DevOps practices. Till the time, an organization has efficient processes for obtaining the resources which are required to deploy and test application changes, it can adopt DevOps as an approach.

DevOps doesn’t work for large & complex systems:
Large organisations believe that DevOps is not suitable for their complex systems but this myth is totally off-base. Rather the opposite is true, complex systems often need discipline and collaboration which are the fundamentals for DevOps.

Adopting tools = DevOps:
Organisations which have recently picked on DevOps approach believe they can instantly implement this software delivery approach by following a checklist of tools to implement with their team. They tend to assume that if they implement tools like configuration management, monitoring service or incident management platform, they have successfully implemented DevOps.

Conversations around DevOps are mostly focused around the tools your organization is using. Instead, organisations should be communicating about the bigger picture, the business value DevOps brings.

DevOps requires a cultural shift beyond simply implementing a new lineup of tools. Each department, technical or not, needs to understand the cultural shift behind DevOps. It’s one that emphasizes empathy and better collaboration. DevOps focuses on culture, mindset, and how individuals work together. The two main factors to implement DevOps successfully are the right tools along with the right people.

In a bottoms-up transformation, the person may fail for people-related reasons, either because people don’t want to change, or they resent the new role which has been charged with changing the status quo.

DevOps Is All About CI/CD:
One of the biggest misconceptions around DevOps is that it’s the same thing as CI/CD. The truth is that continuous integration and delivery are the key components of DevOps. DevOps focuses on the culture and responsibility in a team. It emphasizes the need for everyone on the team to take part in each other’s tasks. This improves collaboration and communication in the team. On the other hand, CI/CD enables this culture with software and tools that emphasize automation. Organisations can see them as a means to an end.

Hopefully by now, some of the most popular DevOps myths have been busted for organisations. Don’t let such misunderstandings hinder the progress of your team. Implementing DevOps can help your organization improve productivity and create better products, so don’t miss out on its benefits due to some DevOps myths. Daffodil Software is one such organization which adopted DevOps as a process for its clients and implemented the DevOps culture successfully. 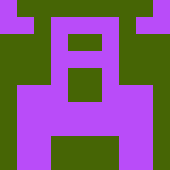 Find out more about @nandinimittal