Companies expect their applications to function without errors. However, the software testing process is traditionally time-consuming and subject to human errors. Nowadays, QAs are lucky enough to have Machine Learning and Artificial Intelligence to make their job much easier.

Machine learning and AL allow specialists to integrate automated testing into their testing process and not only reduce the time spent on the process but also human participation. It requires manual work for defining the test case in the form of a programming script and the automated tools take the rest of the work.

Thanks to testing automation, software testing and maintenance is a more efficient and reliable process. Machine Learning allows for better testing results with a fraction of the labor. For example, testers no longer need to re-write test cases for individual scenarios.

Today, we’re looking at how you can use Machine Learning to improve your testing and maintenance strategy. Read on for more information.

The user interface makes or breaks whether an application proves popular with application users. While website visuals may look fascinating, testers can easily miss certain broken functions on the page. As such, Machine Learning proves its worth here, using image recognition technology to verify and identify bugs in the user interface.

However, API testing makes the traditional test and maintenance more difficult, requiring testers to understand how the API functions and formulate relevant test cases and scenarios.

Machine Learning allows you to record API traffic and activities to analyze metrics and create tests. However, if you want to update or modify those tests, you need to get your head around Representational State Transfer (also known as REST) calls and parameters.

One of the biggest benefits of using Machine Learning and Artificial Intelligence is predicting whether an application requires numerous tests. Traditionally, testers would need to change their test scripts whenever there was an upgrade, update, or code change. Machine Learning helps avoid creating unnecessary test cases, making the testing process more efficient and less costly.

Artificial Intelligence relies on datasets, and test scripts need inputted data to run correctly. Testers can use Machine Learning during test automation to generate these datasets, so the test case works as though it is dealing with a genuine user. This information comes from trained Machine Learning models that use pre-existing production datasets to adapt.  These datasets resemble production data necessary for software testing.

Robotic Process Automation lets testers automate IT systems while maintaining them simultaneously. RPA scans the screen, looks through the system and functions, identifying and collecting data. Robots power this process, so every task is automated and runs via phone or web applications.

Currently, we have only begun to leverage the possibilities of Artificial Intelligence and Machine Learning in test automation. Both technologies are still in their infancy and offer exciting potential that’ll make the test automation process even more efficient in the future.

Some of those exciting opportunities and applications expected to be available in the future include: 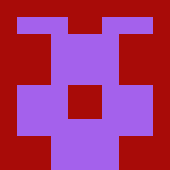 Maria Harts is a QA specialist at Functionize and had previous work experience in the same position for 6 years. She is an enthusiastic specialist who wants to share her knowledge of the sphere with others and help them to increase their interest in IT.

Find out more about @mariaharts

One Response to “How Can Machine Learning Improve Software Testing”