Last time we got to know: Nandagopal Rajagopal, Maud Schlich and John Scarborough. 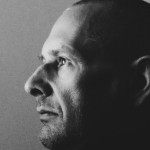 Ben has eighteen years of software testing experience. He now works as a testing expert with Amdocs based here in Ireland. Ben is interested in a number of areas of testing including exploratory testing to automated tests to functional, system, integration and performance test execution. He recently got involved in the conversation on API testing Tools and Tips which has initiated much discussion on the forum. Steve is a test analyst based in the U.K. His main area’s of interest include functional testing as well as manual testing. Steve joined the community and has been checking it out. I recommend for Steve and any new members out there to get involved with the community. Try out the “Introduce Yourself” thread. Everyone is very welcoming there. Soile hails from Finland. She works with Nordea Bank in the area of testing. Her area’s of interest include test methodology and exploratory testing. Soile has been active on the forums. She has got involved in the community discussions. She contributed to the thread about alternate careers for software testers;  “If you weren’t involved in software testing, what would you like to do?“. You are welcome to contribute your own thoughts in this thread too.

If you would like to be featured on TEST Huddle’s Weekly member spotlight, then please DM me here.