To remain competitive, companies need to reinvent their products with new features and functionalities from time to time. It is observed that the end consumers are wont to change their preferences for products based on factors like new features, faster loading, cost, and seamless functioning. Hence, the incorporation of the above-mentioned factors can increase the adaptability of the software applications to their end customers. However, the newly added features or changes can trigger changes in the old features, which if not addressed, can impact the user experience adversely. This is where regression testing comes into play, wherein the functioning of the existing or old features is tested. It ensures that the new code additions do not render the existing functions infructuous.

A well-planned regression testing strategy investigates the bugs that might creep into any new build inadvertently, while making sure that the previous ones are eliminated.
Remember, any change in a software application can cause unforeseen consequences, thus, adversely affecting the user experience. These unforeseen consequences or side-effects aka regressions can appear in components, features, functionalities, and systems that are not part of the software changes. A regression testing exercise flags such regressions or changes and helps the QA team to:

 Identify and fix the inherent or newly-introduced glitches into the existing system because of the new build.
 Boost the performance of the software application.
 Look into any changes to the hosting environment.

Regression testing can be executed during any of the below mentioned QA tests:

Unit Test: In this type of QA testing, the smallest testable components of any application aka units are tested to check if they are performing as expected. Any glitch in the individual components can have a cascading effect on the whole software when the same gets integrated.
Integration test: This is unlike the unit test where the integrated groups (a combination of units) or modules of an application are tested in various ways.
System test: This follows up from integration testing where the performance and functioning of various components are tested to check how they interact with each other as part of an integrated system.
Acceptance test: Since every application needs validation on the litmus test of user acceptability, the acceptance test finds out the degree to which the application addresses the user requirements and gets their approval. This type of testing is named as beta testing, field testing, end-user testing, or application testing.

Therefore, regression testing in software testing usually takes place at the end of each test cycle. Importantly, it includes unit regression testing where each unit code is validated by rerunning the unit tests. Since regression testing can be repetitive and time consuming, it is often automated to reduce the execution time and free up the testers for other important tasks.

When do you execute a regression testing strategy?

Whenever a software application is modified by adding, changing, or removing features or functionalities, regression testing is needed to be carried out. Let us understand the same with the following examples.
Addition of new functionalities: A software application allows a user to login using their email credentials. However, a new functionality is added wherein the login can be executed using Facebook as well. Here, regression testing would check if the old functionality of logging in with email is working or not.

Any Change Requirement (CR) is implemented: The password option is removed from the login page to facilitate quicker login.
Fixing a defect: In case the login button develops a glitch and is fixed by the developers, the QA team should perform an automated regression testing to check the fixed login button and other associated functionalities are performing as expected.

Fixing a performance issue: In case a slow loading software application is fixed, reducing the load speed from, say, 5 seconds to 2 seconds. So, when the code changes are made to reduce the loading speed, some glitches may enter or old functionalities might get affected. This is where regression testing services can execute the test and pre-empt any glitch from affecting the performance of the application.

Change in the framework or environment: If the database is updated from MySQL to Oracle, the resultant code changes need to be validated to prevent any unforeseen consequences.
How to go about executing regression testing – manual or automation?

Given the tedium and complexity of such tests, they need to be automated. Since these tests are needed to be executed after every build or deployment, they should be automated to save time and effort. Moreover, running thousands of test cases manually would be practically impossible and can lead to several glitches remaining unchecked.
How to strategise a sound regression testing methodology

 Monitor any changes in the test cases, which are based on the modifications done on the software application.

 Analyse the changes (if any) and their impact on the components.

 Identify the risk prone areas in the test cases.

 Automate test cases and set them for testing.

 Keep the test suite with the latest test cases. Remove the redundant ones.

 Execute the tests for different scenarios and dependencies.

Any successful regression testing ensures a software application runs all guns blazing, especially on parameters like speed, accuracy, security, efficiency, and performance. The testing should not be an afterthought but put into practice the moment any new build is initiated. 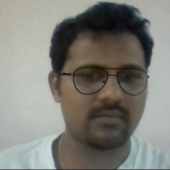 Things Could Get Worse: Ideas About Regression Testing