Cypress is a tool that contains all the necessary components for testing web pages in a package to speed up test writing. The package.json helps to track which packages are installed in the Cypress Automation Framework and it also helps to create shortcut commands to perform tests.

Cypress is a test framework for developers, specialists and users to write user tests with JavaScript. It interacts with various test automation tools such as selenium and protractors. It does not rely on selenium because it does not require drivers to communicate with the browser, leading to faster testing.

It interacts with Web Browsers and is able to test modern web applications based on the React and AngularJS frameworks. It provides a complete end-to-end testing experience in your browser so you can see your tests automated manner. Not only is it able to automate end-to-end tests regardless of our application, but it is also able to test unit test methods, model classes, service classes, etc.

In addition to the leading Selenium WebDriver Framework with multiple languages bindings and an integrated grid architecture, Cypress also benefits from its test execution capabilities during the testing phase. In general, it is designed for front-end developers who want to write tests in a programming language where they are more likely to use JavaScript without the complicated setup overhead of selenium. We looked at the Cypress Test Automation Framework, an open-source test runner with a paid dashboard service, and tried out the Cypress test with the cloud-based grids of Lamdatest.

It is a testing framework that allows you to run tests in parallel to achieve optimal browser coverage, which is impossible if you run tests in a local setup. Cypress can also be used to test the functionality of mobile web browsers or test mobile applications designed for browsers using frameworks such as Ionic. If you want your developers to be involved in software testing, Cypress is probably a better tool than selenium and fits better with traditional teams that don’t try to integrate development roles.

Cypress is an automation tool that supports cross-browser testing between Edge, Firefox and Chrome. It can be used to test a wide range of applications in all operational browsers. Unlike selenium, where tests are performed using the JWP protocol in a browser-driven browser, it runs the same loop in both the browser and the application.

It provides the inherent ability to develop test automation frameworks that implement the Page Object pattern. Cypress automation tools can be used, unlike other tools, for a variety of tests such as unit tests, integration tests, end-to-end tests and API tests. When testing code in an application that runs in the same browser, the framework can access the JS objects of the application.

We use the default folder structure provided by Cypress to manage our test cases and write them in the Cypress Workshop project to learn how to use it and its basic test cases. With it, you can write integration, unit and end-to-end tests and run them.  Cypress runs on a Node.js server and communicates with a Test Run runner in the browser who instrumentalizes it to run an application in an iframe and to test code in another iframe in the same event loop.

As a test scriptwriter, Cypress provides you with a visual interface to indicate whether the test commands have been successfully executed, passed, or failed. Using the same concept, it uses a locator to identify the UI elements of the application to be tested. It can also record a video of the entire execution of the test suite when executed from the command line interface. We decided that the QA engineers would be responsible for writing the new tests and help others change them, but our working patterns coupled with the ease of use of Cypress led us to conclude that the front end team alone would be responsible for changing the tests without QA help. With my knowledge of Testing Pyramid framework and writing TestRails Test Cases using filters and priority levels, I decided to automate everything with Cypress. 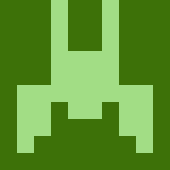 Fleek IT Solutions is one of the best companies in software testing. We offer services like Core QA, Test Automation, Mobile App Testing, Performance Testing, Accessibility Testing. Our Software Testing Team of experts always makes sure that the quality of standards is matching and the cost is effective. We Can help you in making your software error-free. We provide the best Software Testing services to our customers because for us our customer matters.

Find out more about @fleekit