Developed in 2004 by Thoughtworks for internal usage, Selenium is a widely used tool for automated testing of web applications. Initially, Selenium IDE(Integrated Development Environment) was being used by multiple organizations and testers worldwide, benefits of automation testing with Selenium saved a lot of time and effort. The major downside of automation testing with Selenium IDE was that it would only work with Firefox. To resolve the issue, Selenium RC(Remote Control) was used which enabled Selenium to support automated cross browser testing.

But currently, websites are becoming more robust with multiple features. Also, nowadays, with the majority of the organization making a mobile-friendly website, testers have to keep in mind that a website should work properly not only in desktop but also in Android as well as iOS. Selenium RC, gradually lagged behind since it did not have the feature for testing browser compatibility of a website across multiple devices. To overcome all these issues, Selenium Webdriver stepped in.

Selenium Webdriver supports many features which were not supported by the primitive versions of Selenium. Moreover, it has the capability to test dynamic websites, i.e. websites where the content in a page changes dynamically on click of a button or other useful functionalities. It works by mimicking a real user who is interacting with a webpage. Moreover, the API(Application Programming Interface) of Webdriver is user-friendly which can be understood easily. It can also be used with other testing frameworks like JUnit to ease automated testing with Selenium. In the following section, let’s see in detail how web driver is different from Selenium RC or IDE.

How Different Is Selenium WebDriver From Selenium RC & IDE?

Apart from having some cool features and supporting multiple languages, there are many other features that make it different from Selenium IDE or Selenium RC. Let’s take a look.

Why it should be your first choice for automation testing?

First of all, the major benefit of automation testing with Selenium WebDriver is the fact that it is open source. It provides all the features of QTP and relatively more, completely free of cost. It can be downloaded directly from the official site and being community-based, support for the tool is also available.

Multilingual support is one of the major benefits of Selenium WebDriver for automation testing. WebDriver supports all the programming languages that testers should know of such as like Python, PHP, Java, C#, Ruby, JavaScript etc. Although it has a customized script language, it also offers bindings to every major programming language. Adding flexibility to web developers to work on any programming language that they are comfortable with.

Unlike the previously released versions, one of the major benefits of Selenium Webdriver for automation testing with Selenium WebDriver supports multiple OS like Linux, UNIX, Mac as well as Windows. Using their solution suite, a customized testing suite can be created which can be used over any platform. WebDriver makes it possible for you to create a test case on Windows and execute it on Mac.

Unlike its previous versions, the benefits of automation testing with Selenium WebDriver have expanded the support for automated cross browser testing. It supports all the major browsers so you could test on Chrome, Firefox, Safari, Opera, IE, Edge, Yandex and many more. When you are executing cross browser testing of a website, WebDriver provides you with an automated solution.

Support across multiple devices is another major benefits of automation testing with Selenium WebDriver. Automated test cases can now be written for testing on iPhones, Blackberry, and Android, thereby helping in addressing cross-device issues.

The support of Selenium is mostly community-based, thereby enabling regular upgrades and updates. All the updates are available whenever required and do not require any specific training. Thus, making Selenium WebDriver budget-friendly as well as resourceful.

User-friendliness of Selenium WebDriver is one of the widely acclaimed benefits of Selenium WebDriver for automation testing. The tool being open source, it allows users to script their personalized extensions which allows them to develop actions that are customized and can be manipulated once the user reaches an advanced level.

The scripts written using Selenium WebDriver supports browser compatibility testing. Thus, it is possible for a tester to run multiple testing scenarios with WebDriver since it covers every functionality testing aspects. The add-ons which can be customized widens the scope of testing an application, serving great benefits of automation testing with Selenium WebDriver.

An important feature of WebDriver is that it can mimic a real user scenario by handling mouse and keyboard events. The API, Advanced User Interactions consists of the action classes required when those events are needed to be executed. You can automate simple scenarios like a mouse click or keypress event as well as complex events like drag and drop, click and hold, multiple items selection, etc.

Another one of the major benefits of automation testing with Selenium WebDriver also provides the advantage of speeding up the test cycles by leveraging the development code. Testers can utilize the language used by developers. For example, if a tester wants to verify the date field which is updated in the database, instead of performing an indirect verification by browsing to another page, the tester can pull the data model utilized by the application without the worry of automating the data flow.

A major benefit of automation testing with Selenium WebDriver is that you don’t need to start any server prior to testing. The commands written in the code are interpreted directly into Webservices and the remote driver receives them via HTTP requests which can then be executed into the browser, consequently sending the response.

WebDriver also makes it possible for you to simulate advanced interactions like clicking the browser back and front buttons. There are no such open-source tools that can provide automated testing for this kind of scenario. This is highly useful for testing fintech applications involving online money transfer or banking application that does not store any cookies or cache.

The Tester’s Experience of Using Test Automation Tools: is it problematic? And why? 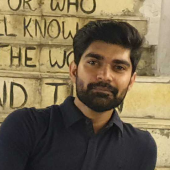 Find out more about @suhagvamja