Can you name the fastest-changing thing in the world? Undoubtedly, it is technology. We being users are never satisfied with what we are using currently, we always wish to possess something more advanced. In the demand for these more advancements and more convenience, we tend to have a technological environment that is ever-changing and ever-growing. These regular upgrades give birth to fast-changing trends in software development as well as software testing.

Let us discuss a few of the latest software testing trends to be watched and potentially implemented to achieve your testing goals for 2020:

It’s been considerably long enough since we are using the term ‘automation’ but Machine Learning is probably one of the newest dimensions to it. Defining the term, Machine Learning is the ability of the machines to learn human skills and work with artificial intelligence. Once the commands are set, they can work without any intervention or direction of the human engineers. This tool sounds perfect to increase the level of automation in the world of QA and testing.

Machine Learning extracts the large amounts of data from various platforms, integrates that data and analyses it for testing against bugs and worms, thus making it smoother and more secure, all by itself. So even if the year 2020 witnesses a flood of new software in the market, related to anything and everything, testing won’t be a problem due to the ease, pace, and accuracy offered by techniques of Machine Learning.

Integration of Testing in the Development Cycle

Such a break up of tasks makes the process a whole lot easier and speedy, also giving the added advantage of a large room for accommodating any technological changes as and when they occur before the release of the next iteration. Thus, this method is the flexible approach of modern testing where the technology never sleeps and continuously experiences advancements every now and then.

A data warehouse is a large storehouse of technical records collected from heterogeneous sources but integrated at a commonly accessible place. Data Warehouse testing is one of the types of testing that involves a simple technique of comparison between the given data but this method had a bottleneck of collection of a large amount of data and establishing uniform standards of comparison among heterogeneous records. But predicting the advancements in the coming years, if the collection of data won’t continue to be a hurdle, this technique can exhibit fruitful results.

Throwing light on the three aspects of AI

We all are familiar with working of Artificial Intelligence (AI) in Software Testing activities but there are three emerging aspects explained below:

Though Automated testing techniques save a lot of test execution time still the need to create and maintain test scripts negatively impacts the ROI. The codeless technique eliminates the need for the time consumption on coding or scripting procedures in any of the programming languages to test software, hence the term ‘codeless’. This method saves effort, time and money but it can not be applied to complicated products.

DevOps are basically sets or combinations of procedures of testing through automated ways, which are commonly known as ‘smart’ testing tools. This technique involves continuous testing throughout the pipeline of delivery of that software to its users. This method yields spontaneous results and follow-ups from the users end in the context of the release of that software.

Big data is defined as a large set of complex data that can not be simplified or processed into smaller bits using common computing. So testing of such data is not the task of a single method, it requires an amalgamation of a number of tools and techniques of testing. So QA engineers need to get specially trained to gain expertise in this mega field.

Software testing is one of the ever-evolving jobs so if you are into this field, keep an eye on the list of such latest trends for greater efficiency. I hope our compiled list of the testing trends to be observed in 2020 will help you to stay agile and be prepared for these changes.

Trends that May Shape the Future of Software Testing

Emerging Trends in Testing: Conclusions from the 2013-2014 World Quality Report

Life Testing and Leaps of Faith 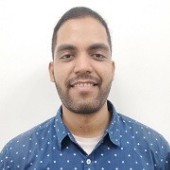