Each year many try to predict new trends in different spheres; communication, the economy, politics etc. So why should testing be any different. Sometimes predictions can be helpful; to set goals, to understand where the industry is going and many other reasons. We have brought together some predictions for testing and suggest some QA testing trends in 2021 that you need to be aware of. Will these predictions be right? Probably not but it starts a discussion. Read on and see what you think.

Testing is a requirement. Testing before a product launch not only saves you from negative reviews, but also saves money and time by avoiding a re-launching and a loss of public trust. Less than eighty percent of the users readily accept a relaunched product after a functional failure.

In the article below, I will emphasize the necessity of quality assurance and testing in software development companies, and also delve into the 2021 trends and different types of qa software testing services we offer.

When it is about keeping the code secure and unchanged due to the testing process, scriptless coding is preferred by professional testers. Though it is not prevalent all across the world and is yet in getting adopted by software development companies. No company has yet asserted for any disadvantages it faced post deploying scriptless test automation into their development process.

There exist routine tasks and such peculiar test cases sometimes in which manual testing seems quite impractical or heavily time-consuming. Thus, generating the need for automation in QA services that gave us the liberty to test for a particular functionality on several devices without requiring to test it individually every time.This type of testing is usually performed in the case of regression testing. But what is that? “Regression testing is a part of or a type of overall testing process in which it is checked if the code applied for testing hasn’t affected the functionality of the software”. Also, regression testing involves testing of the already tested codes for ensuring their functionality.

One of the latest and in-demand things in the IT industry is performance engineering and testing. People get confused in between both and need to realize it at the earliest that performance testing is a part of quality assurance and testing services but is implemented, unlike traditional testing.

On the other end, Performance engineering is implemented meanwhile the production and Its purpose is to ensure the non-functional requirements. For example- memory usage, etc.

Both of them are the trends of the new generation and got confused when it comes to a deeper analysis of performance. To say, if the report has to be submitted regarding the performance of any application attribute for say its server, then a Performance tester would become a requisite. Whereas, when something is required to be debugged or rectified for its functionality, an engineer would be in demand, not the tester.

Blockchain testing as a trend

Blockchain testing is not a singular entity but involves more than one testing area. As we all know, Blockchain is an in-demand technology nowadays and is being talked with and around cryptocurrency most often.

However, there is not any such direct relation or inter-relation with cryptocurrency it possesses as people have envisaged or thought so. Because both are totally different ideas, unique concepts, and distinct forms of technologies that just needed each other at some stage to serve the cryptocurrency to the world.

Apart from that, blockchain has no such relevance with cryptocurrency. Now, blockchain testing usually involves four different internal or minor testing required to get completed. Functional testing, Performance testing, Integration testing, and Security testing are the including ones.

Functional testing is nothing unique but just the traditional or usual approach of cross-checking for its functionalities. Post to that, Integration testing comes that involves scrutiny of integrated software and tools that are in use with the developing blockchain solution.

Security and Performance testing are a part of blockchain testing because whenever blockchain technology is used it must involve something that needs adequate security due to its decentralized nature of working and storing data. The second purpose of choosing the Blockchain is speed which demands performance testing and thus, overall, all the four testing stages in a combined sense make blockchain testing a trend that has been into revolution a lot for almost every fifth application being built across the world.

Similar to Blockchain testing, IoT and Big Data too are the recent technologies and have been hyped as a QA testing trend for quite a while. They are likely to be industry stalwart for the next number of years. Thus, such type of testing also involves more than internal testing. Including Security, Analytics, Standards, and platforms, it has to go through various sub-testing and they are again about scalability, performance, integration, compatibility, and security.

Development and operations ought to run parallel in an enterprise development system. Both being responsible for the performance and results of a company, these two are sort of different in terms of their own requisites.

To say, DevOps being a combination of DEVelopment and OPerationS altogether is supposed to mitigate the production cycle for any product, and thus requires consistent testing and assurance for the quality of work, and so does it require a healthy team.

However, Agile being one of the methodologies to accomplish the targets within a predefined time-frame. It asks for a smaller team and gets a bit complex to manage with a larger number of workers. The fact despite both are sort of different demanding approaches is that DevOps is an in-demand service that makes the platform of development independent and keeps the entire development tasks automated.

Looking at these QA testing trends, it is clear that some have already taken off in the industry and some are yet to take off. Some are well established like Agile and DevOps that will only increase in popularity. Some are new that are on the verge of taking off in the software testing industry. How these trends will shape 2021 remains to be seen.

A Different Me – Episode 11 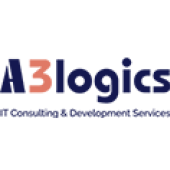 Scarlett is a technical writer interested in Mobile App Development and is associated with A3logics. With a keen eye on all the advancements, the technology has in store, she is generally found reading journals and training the team. A tech geek by nature, in her leisure time, she loves to visit nearby cafes and enjoy some coffee with a book.

Find out more about @scarlet1212