Software testing did not become a separate process until 1957. Debugging had been the primary method of testing a software, performed by the programmer who wrote the code. The objective was simple: to make the application work without crashing the system.

Testing became a fundamental requirement with the emergence of Graphical User Interface (GUI) and user-friendly software. It was then that product owners and manufacturers turned to experts to simulate the process from the end user’s viewpoint, manually identify issues affecting user experience, and do so before the product’s release.

In the last decade, we have witnessed a shift towards test automation practises, which aren’t necessarily replacing manual software testing. In fact, experts say that manual testing will remain key to the Quality Assurance (QA) process because humans are able to uncover usability issues, User Interface (UI) bugs (and more) within a software and, therefore, a combination of manual testing and test automation is essential for building a quality product.

While test automation services help expedite software validation and increase testing coverage, it is not without challenges. Primary among them is having the human resources with programming skills to accurately build and maintain frameworks, test scripts, design solutions and fix technical issues.

Scriptless test automation or scriptless testing is the modern way of automating test cases without spending much time writing code. Instead, testers would indicate the steps to be performed and the tool will translate those steps into an execution code during test execution. It helps testers and business users implement automation, optimize the scalability of their test automation efforts, among other advantages.

It’s also worth mentioning and clarifying a few of the common myths of scriptless testing.

The term ‘scriptless’ implies ‘no script’ but scriptless test automation is essentially a process of creating a test framework that enables the development of new test cases with reusable scripts.

It’s not the same as record and playback either: scriptless test automation is not only more structured, but scripts are easier to maintain and allows users to build most of their test cases with reusable scripts. Where necessary, testers can write their own code for unique test cases.

For example, if the application under test requires enhancements or changes in its flow, they can be incorporated in the scriptless automated tests.

Reduction in time to automate

Using scriptless test automation tools, even large test suites can be automated quickly and easily. Because the automation process is faster, the time-to-market for the product reduces and the product delivery speed is expedited too.

With less time spent on automation, the testing team gets more time to achieve more test coverage, thereby improving the detection of bugs and glitches during the initial phases of the software development lifecycle (SDLC).

Ease of maintenance of test suites is an important feature of scriptless test automation because the maintenance phase is one of the key aspects of the product development lifecycle.

In a scripted approach, test automation might fail at the maintenance level because factors such as reusability and traceability of the framework aren’t taken into account from the beginning.

In scriptless testing, changes to the test suites are easier to incorporate, too, when a modification occurs in the software under test, increasing agility and response times.

Scriptless test automation helps companies reduce the costs spent on hiring resources with programming skills or employing experts to train the testers. The scriptless tools are easy to use and can be leveraged by manual testers, who are empowered to design scripts through objects and actions.

Because scriptless automation removes tool-specific coding, the process of QA and test automation is more efficient. Companies, too, don’t need professionals for Selenium, Quick Test Professional (QTP) and the kind.

It’s also worth pointing out that because scriptless test automation tools have a low learning curve, it is possible for even non-technical professionals (such as business analysts and other subject matter experts), who are generally not involved in programming tasks, to involve themselves in automation, track and review test scripts, and devise QA strategies.

Scriptless test automation tools help reduce the testing cycle without compromising on test quality. They also shorten the time required to test an application to keep up with the pace of Agile development and consistently deliver software, making the testing process manageable and easier.

In this approach, testing can be performed simultaneously with the development process and, there, the QA process at the end of an SDLC is smoother.

Software testing has changed drastically with the emergence of Agile. Test automation, while being necessary, has usually required specific skill sets and comes at a premium in terms of creating test scripts and maintenance.

Scriptless test automation helps overcome these challenges by reducing the time to automate, reducing the testing cycle, reducing costs and, perhaps most significantly, improving maintenance and reusability of test scripts. It’s, however, essential for a scriptless test automation tool to be able to produce test steps in a test case, record test cases, execute test cases on multiple browsers and on-premise and on the cloud, store reusable elements, to name a few of the necessary features.

How to Keep Your Test Automation Suite Fit 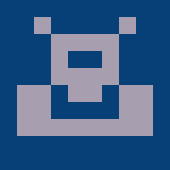 Suhith Kumar is a digital marketer working with a leading technology solutions company. Suhith writes and is an active participant in conversations on technology. When he’s not writing, he’s exploring the latest developments in the tech world.

Find out more about @suhithk