To gain a thorough understanding of load testing and overall performance monitoring, we recommend reading a piece on Application Performance Monitoring &amp; Alerting  | AppOptics. We’ll also dive deeper into the topic below as well as discuss performance testing and the main differences between the two of them.

Sound good? Stick around to discover the truth.

Many of the experts agree on this topic. They believe that the main reason for load testing is to test simply using a simulation with higher loads to see how they are handled. If handled poorly, you can now determine where change needs to occur. An Explanation of Load Testing

Based on current thoughts on this topic, many believe that load testing is a form of performance testing, but just one aspect of the whole. During load testing, the web developer will create a simulation that tests loading in real time on websites, apps, and software.

This is a thorough way to test loading ability. It doesn’t just test these loads during the best possible scenarios. In fact, the tests examine behavior in all sorts of situations, but especially during times when the load is heavy, normal, and even below average.

By performing load tests these ways, the developer will have a chance to see how the app, website, or software performs in each situation. If it doesn’t perform as expected, it’s this data that will allow the programmer to discover certain problems and come up with the best possible solutions to overcome them.

Most typically, developers will use their load testing tools as a software dev project comes to a close. They’ll use it on database servers, end-to-end IT systems, and components of a smaller variety to name just a few areas that will benefit from this type of testing. A Definition of Performance Testing

During the time when a developer works on testing performance, he or she will focus on speed and speed alone, according to some in the field. In fact, the developer will perform speed tests to discover how quickly a page will render in a browser, as an example, and this is considered a performance test, where the load time isn’t factored into the equation at all.

Many in the computer industry believe that while performance testing, the developers will use tools to figure out the speed or how effective their device, program, app, website, or network really is. And it will test this type of performance under different workloads to determine maximum effectiveness. It’s also powerful because at this time if problems do occur with performance, the programmer can take time to figure them out and make the necessary developmental changes to fix the issues and make the program etc. work much better and faster to better accommodate the users.

In fact, one of the main reasons to run a performance test in the first place is for diagnostic reasons. It makes it much simpler to locate and correct communication bottlenecks, fix them and have a much smoother user experience altogether.

The experts in this field tend to look at performance testing in the same light. They understand that this type of testing will constrain the system to test various factors and functions from the perspective of a single user.

Load testing and performance testing are clearly both beneficial and necessary for a number of reasons. Do not hesitate to utilize these tools to provide the best experience possible for your users. They’ll thank and praise you when you get it right. Wendy Dessler is a super-connector who helps businesses find their audience online through outreach, partnerships, and networking. She frequently writes about the latest advancements in digital marketing and focuses her efforts on developing customized blogger outreach plans depending on the industry and competition. 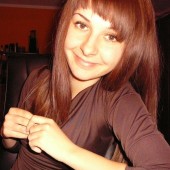 Find out more about @wendyd