Despite what the test automation tool vendors are saying, test automation is not about record and playback but about programming. To automate a functional test case, a programming language is used for writing the automation code. This post will look at how to do automated testing with the approach of a developer.

This code interacts with the application under test (website, mobile application, windows application) through a test automation framework.

Before he can participate in automation projects, a manual tester needs to familiarise himself with

What happens actually during this learning phase is that the manual tester is becoming more and more a junior test automation developer.

After the initial learning phase, the new TA dev will be able to

If the TA dev wants to improve further and get to the next level, how can he do this?

Is there someone that can teach him more advanced skills for test automation?

That person is the application developer

Automation projects are development projects and this is what developers do.

Development is their expertise.

Why dont TA devs observe then what application developers do and then apply these things to test automation?

Even better, why dont TA devs involve application developers in some aspects of test automation?

How to do Automated Testing

1. Developers use code review processes for improving the code quality

This process can be complex with a team participating in the review.

It can also be very simple with just another developer reviewing the code and providing feedback.

The feedback is then included in the code and another review is being done.

The process continues until the code is production-ready.

The TA devs can use the review process for their test automation scripts.

Another TA dev or even better, an application developer, reviews the test scripts and points areas of improvement.

The review process can lead not only to better test automation code but also to better programming knowledge for the TA dev.

Developers have good programming practices such as

All these are very useful for TA devs as well.

Because their code should be at the same level of quality as the developers’ code.

3. Developers use source control systems for storing the code

They use the source control system for

Test automation scripts can be stored in the same repository as the application code.

4. Developers write code based on requirements or user stories

TA devs should follow and write the test automation scripts based on automation test cases.

5. Developers extract code that repeats into classes that are included in frameworks

Testers should build test automation frameworks that include any common functionality needed in the test scripts.

6. Developers use continuous integration for checking all code changes by generating new builds

They can integrate the test automation scripts in the continuous integration process.

This way, every time new code is checked in the source control system, a new build is generated and test automation scripts are executed automatically on the new build.
Test automation projects are more successful when testers and developers work together.

And there are so many things that testers can learn from a development team on how to do Automated Testing so go out there and learn!

Interested in Programming? Take your first steps into programming with this eBook Programming for Testers, It’s Easy!< 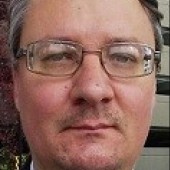 Find out more about @alexsiminiuc