App user experience (UX) and the app user interface (UI) are the two most important building blocks of any mobile app. To put it in a better way, everything you do in the design and development of an app ultimately contributes to the user interface or the user experience of the app. The projects based upon small business app ideas putting their hard-earned resources at stake particularly need to focus on testing these aspects with the most advanced tools and professionals.

Both app UI and UX have a big impact on the popularity of the app and its earnings. This is why when developing a mobile app, any business should give utmost priority to testing the UI, app performance and its design elements. Small business app ideas ambitious of big success Automation testing is the tried and tested process to make sure that an app comes out as perfect as intended by the publishers. Especially for UI, automation testing is highly effective.

It is the most common misconception that prevents many enterprises from embracing automation testing. It cannot be argued that the initial cost incurred by the automated testing infrastructure is comparatively high. Since you need to buy the testing software and hire testing professionals with knowledge of the testing software, there are several cost components. On top of that, you may also need to bear the cost of training the employees for using the software.

Various test cases created by the automation testers can be modified for testing requirements in the future or they can be reused without any changes. These ready to use testing cases ultimately boosts productivity and lower the cost.

This is another myth that says automation testing cannot cover the variety of mobile devices in the market. When the user interface of the mobile app is required to be tested over a wide range of devices from different brands, manual testing is too slow and inadequate to deal with this fragmentation. In contrast, automation testing tools help businesses carry out testing without purchasing and maintaining a great number of devices.

The automation testing professionals can utilise third-party cloud services ensuring the fastest loading time across multiple devices. They ensure carrying out the automation tests most efficiently. When they complete the tests, it becomes extremely easier for them to restore the factory setting and use the same testing cases whenever they need to in the future.

All tests can be automated

This is another misconception making rounds in companies. Automation testing can take care of most of your testing requirements and help a business to reduce the time gap between development and app launch. But it cannot take care of all the testing needs in any development environment. Let’s understand one thing that testing cases used by the automation tools are built with manually developed codes and are the results of manual testing efforts in similar circumstances.

There are also certain tests that work better when they are carried out manually. On the other hand, there are certainly time-consuming and long-stretched tests that are more appropriate for automation. There are small tests that are least prone to manual errors and hence they can be carried out manually. Any app project cannot completely drop the manual testing from the process just because it relies on automation testing.

Regarding this aspect, there is serious confusion in the development world. It is true that automation testing is often alleged of gross inconsistencies in results. There are too many manual testers who prefer traditional methods of bug fixing and upkeeping before releasing an update. While there is no harm if manual testers take an extra load to prevent inconsistencies, automation testing working continuously can always detect bugs and issues early.

These days, it has become extremely important for business corporations to detect bugs and issues concerning performance before the launch. This is important to deliver a smooth experience to the users and keep them on board. This is why engaging automation testing tools alongside the manual testers is a good idea to deliver full-proof results.

Manual Testers will Be out and Automation Tools Will Be in

Many businesses simply conceive automation testing tools and frameworks as the replacements of manual testers. This is a laughable misconception simply because testers are always needed even for running the testing software accurately. In reality, automation testing tools just add to the effectiveness of the testers and allow them to complete the tests in a much shorter time span.

The testers are allowed to use the testing tools for more efficient performance checks while spending less time and effort. The testing professionals in an app project work alongside the developers to ensure that the final product gives the intended output and user experience.

Automation Testing can be Carried out by Anyone

Do you think automation testing tools can be put to their tasks by anybody? Well, this will be a terrible misconception if you think so. Irrespective of the ease of using the automated testing software, app testing involves a certain kind of experience.

It is always great if the responsible persons are manual testers with knowledge of scripting test cases. At least some amount of testing knowledge and expertise with testing software is required for running the automated tests.

On the overall measure, mobile UI automation testing provides advantages both in terms of test quality and testing time. The automation testing tools help testers in testing the app interface on a whole array of mobile devices besides making changes crucial for superior user experience. 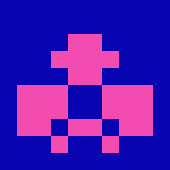 John Waters is the CEO of KleverApps Limited - a mobile app development company in Ireland that helps SMBs and Startups with mobile application development by incorporating the right set of technologies that perfectly compile with their customized requirements & consumers demands according to the industry trends. He also shares key insights he learns over these years as a digital transformation consultant for many industries.

Find out more about @johnwaters