Last time we got to know: Alan Fagan, Sammy Connelly and Arlene Canlas Aitor is a test manager with Zurich Insurance Group. His area’s of interest include functional and automation testing. He has just joined the Test Huddle community and has not wasted any time in getting involved in the different threads in the community. These include the conversation on How did You Get Involved in Testing? where he tells an interesting story about moving from developer to the other side of the fence. 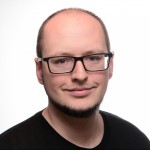 Adam is based in Poland and has worked as a freelance test consultant since 2010. Before this he also worked as developer but, like Aitor switched sides. He has described some of his experiences in this role in the Introduce Yourself! thread. Adam is also quite the humorous man as demonstrated in this thread. Erkki has been a member of TEST Huddle for a number of months now. He is test consultant with Tieto in Finland. Erkki has contributed to one of the most popular discussions on TEST Huddle which is the conversation on Taxonomy of Software Testing Terms. The debate on how best to describe these terms is still on going. If you have any thoughts you can contribute here.

If you want to be featured in this post next time, just send me a private message.