Last week we got to know Juan Rodriguez, Johan Jonasson & Ard Kramer. This week we will get to know three more TEST Huddle members…

Marzio is a test manager with Rumbo Group, Switzerland. He primarily works in software testing, quality assurance, leading and training test team as well as functional analysis.  Check out Marzio’s top 5 testing tools are in his toolkit. 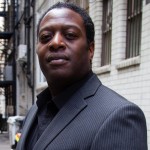 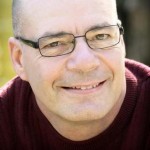 Bj is a test engineer with Microsoft, USA. He presented at a number of EuroSTAR Conferences over the years  including “Path to Professionalism: Skills of Star Performers” at EuroSTAR 2007 and “Probalistic Stochastic Test Data” at EuroSTAR 2008.  Bj is also a popular webinar presenter and in 2013 he presented a webinar on API Testing The heart of functional testing. His most recent webinar was on the 11th of this month when he presented Better Practices for Crafting Automated Tests.

To view this webinar, or to ask Bj any questions about the content, simply join the discussion.