The ubiquity of the Internet enables enterprises to line up into virtual alliances with loosely coupled business processes organized along the axis of the virtual value chain, resulting in competition between rather than within vertical industries. This highly challenging process has recently evolved through several levels of integration from isolated legacy silos of enterprise information to agile and cooperative information systems. Batch data transfers have traditionally been accomplished through nightly magnetic tape inputs in banking systems. These have evolved into real-time point-to-point interfaces extensively used in banking, health care, and manufacturing systems to coordinate data flow between systems. This traditional Enterprise application integration (EAI) is tedious, expensive, and inflexible.

Enterprise application integration from an Enterprise Component/CAS perspective requires an understanding of the synthesis of CAS concepts, which are outlined in the following paragraphs.

There are two important modes of aggregation in CAS systems, objects and components. Aggregation is a basic mechanism in object modelling and is the basis for identity, a fundamental object concept. Forming components out of objects and enterprise systems from components is higher-level aggregation. More important are emergent properties such as intelligence that evolves out of dumb sub systems. Meta-agents (an enterprise) are formed of aggregates of agents (enterprise systems) and exhibit emergent behaviours (revenue, profitability, and cash flow, the indices of value creation).

This mechanism facilitates the forming of aggregates, from HTML pages to the mechanisms in CORBA or DCOM that allow inter-object communication and facilitate selective mating(for example, firewalls block certain tagged elements to protect the enterprise). Thus they preserve boundaries between aggregates. They allow us to componentize object models and enable filtering, specialization, and cooperation. They are the mechanism behind the development of hierarchical aggregates that exhibit emergent behaviours like an operating system. The basic mechanisms of evoking operations through messages in object technology are based on tagging strategies.

Non-linear systems exhibit catastrophic and chaotic behaviours. Traffic flow on the Internet is a prominent example of a non-linear system, leading to predictions of the collapse of the network. Other examples encompass brownouts, system loading, and scalability effects. Lastly, the rate of construction of the software itself is a non-linear phenomenon.

A unique feature of Enterprise Application Development Services is that mobile devices can be used as a remote control to drive the enterprise. Workflow drives business processes. However, humans at the remote control serve as intelligent agents with goal-seeking behaviours. This architecture is an excellent attempt to handle complexity but is not adaptive. New configurations must be manually created. To raise the level of adaptability requires moving a workflow engine to the centre of the architecture while simultaneously distributing it across all enterprise computing platforms.

How AI is changing the Enterprise Testing World 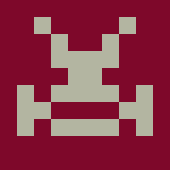 Find out more about @rvphilip