Recent studies have shown that 97% of all IT professionals feel that automation is critical in terms of digital transformation. Automation testing does not require the manual intervention associated with humans, so it represents a much more efficient process.

Repetitive tasks can also be eliminated; saving businesses time as well as money. It can still be challenging to develop a targeted automated testing strategy. What methods can stakeholders embrace and what benefits will these approaches offer?

Clearly Define the Purposes of the Testing

As this article highlights, automation represents a critical facet of agile business operations. The only issue here is that some professionals fail to define their objectives from the start. This often results in projects that become side-tracked and/or confusing data. So, the first step is to identify what it is that the automation testing is hoping to achieve. Examples include accuracy, fiscal savings and reduced developmental time.

Once the purpose has been clarified, a handful of additional steps will need to be embraced. These include:

Establishing a clear strategy from the onset is the best way to avoid mistakes and setbacks during the automation testing process itself.

How to Integrate Automation Testing Within the DevOps Sector

Studies have shown that an incredible 77% of all successful businesses rely upon DevOps to plan, develop and deploy software. Many believe that this market is set to increase thanks to the increasing role of automation testing.

Businesses which implement this type of testing alongside traditional approaches to DevOps will be able to streamline many laborious processes. For instance, automation testing can strengthen digital firewalls and ensure that all security systems are kept up to date. This helps to thwart emerging threats that could cripple day-to-day operations.

The Increasing Role of Codeless Testing

One possible drawback of traditional automation testing involves the use of complicated coding. This can result in longer turnaround times and results that may be misinterpreted by in-house staff. The good news is that codeless testing is redefining the entire sector. It has been shown that 40 per cent of all companies now prefer this approach.

This type of testing will not require any code. It instead relies upon machine-based learning, digital modelling and artificial intelligence. As the technology behind AI and similar “smart” algorithms continue to evolve, the notion of codeless architecture should streamline the entire testing process.

Adopting a Strategy for Functional and Non-Functional Testing

There are two primary types of automation testing and these can be defined as follows:

However, both of these approaches can take a significant amount of time. Automating the testing processes will provide viable results with a greater degree of efficiency. These are also beneficial in terms of time-to-market concerns (such as when developing a new product).

A final strategy to consider involves guaranteeing that software packages can work in synergy with the needs of the consumer. For instance, a product should be capable of providing services to those with disabilities such as motor impairment or blindness. Automation testing will help to define how a specific bundle may need to be modified. It can also provide concise feedback concerning how long these changes will require. Companies can therefore develop a more accurate and realistic pipeline.

The notion of automation features prominently throughout the digital community. Its presence within the DevOps sector is just as profound. Businesses which can adopt the practices highlighted above will be able to reduce turnaround times while guaranteeing greater degrees of accuracy. Thanks to cutting-edge technologies such as machine learning and AI, the associated processes have become dramatically streamlined. In the future, quality assurance guidelines are predicted to rely heavily upon this approach and it pays to remain one step ahead of the crowd.

Paul Towler is the technical operations director at SmartOffice, a software automation provider who helps companies with their document management systems.

How to Keep Your Test Automation Suite Fit 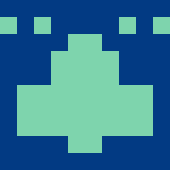 Greg Tuohy is the Managing Director of Docutec, a business printer and office automation software provider. Greg was appointed Managing Director in June 2011 and is the driving force behind the team at the Cantec Group. Immediately after completing a Science degree at UCC in 1995, Greg joined the family copier/printer business. Docutec also make printers for family homes too such as multifunction printers.

Find out more about @cantecgroup