It is an empirical fact that code duplication (or non-DRY code) raises technical debt, which in turn causes undesired maintenance issues for software projects especially in your test suites. Additionally, non-DRY code can potentially increase the likelihood of introducing software faults because a fix or change that is applied to one area of the SUT (system under test) might not be applied in another deserving area, simply due to oversight and Murphy’s law.

Automated tests share the same pitfalls and potential problems as project code, since they are, after all, specified by code.

But while refactoring the code in your tests might seem like enough remedy to counteract such potential problems, there is another form of redundancy that is often seen as beneficial for software quality, yet in reality causes the same problems as non-DRY code.

This form of redundancy is called test redundancy. Following intuition, redundant tests are tests that, to some degree, overlap and “test the same thing” with respect to other tests.

The value that tests provide can come in many forms. For instance, new tests can add value by detecting previously unknown (but perhaps predicted or recently introduced) defects; or they can add value by showing that a certain code change actually fixes a bug.

It might be tempting to believe that redundant tests are easy to spot, as there are certainly tests that are exact duplicates of others which are clearly seen as providing no value. However, since there are many ways to test a given area of a SUT (with many of those ways being equivalent) spotting such redundant tests is not a trivial task.

For example, take a look at the following two tests.

You might have easily determined whether the two tests above were redundant, yet it most certainly took some thinking. Now consider the following two tests, which are written in natural language (English) but whose steps can easily be automated to simulate the intended actions:

Are the above two tests redundant? It is certainly hard to tell without knowing their intent or performing further detailed analysis.

In practice, the current beliefs in software development and testing is that test redundancy is either 1) a harmless artifact of software testing with zero cost, or 2) that it can provide a kind of “safety net” for the quality of target systems.

On the one hand, the belief is that if redundant tests provide no value, they certainly do not negatively affect the quality of their SUT. On the other hand, if it is sensed that they somehow add some value, the belief is that having a set of mutiple overlapping tests that exercise the same area is better than just one, and, therefore, that they cannot possibly hurt the quality of their SUT (since having one test that exercises an area of their SUT is a good base case, anyway).

Surprisingly, research has found that this is not the case in reality.

Ortask did a study of more than 50 test suites spanning 10 popular open source projects and made the following discoveries:

Let’s discuss each of the findings.

This translates to having test suites containing 20% to 30% zero-value work (in the best case), while having invested non-zero work and time into creating such tests.

This discovery also illuminates an interesting connection with the pesticide paradox, particularly why tests and testing techniques appear to lose value over time when applied to the same SUT. The pesticide paradox is an informal argument that draws an analogy between the hardening of biological organisms to pesticides, and software bugs somehow becoming “immune” to the same tests (or testing approach) over time.

Interestingly, perhaps the fact that an average of 25% of tests are redundant actually supports that analogy; and perhaps redundant tests even exacerbate the effect. Regardless, this presents exciting areas that would benefit from research.
It helps to discuss the next two findings together.

Finding 2 and 3: Test Redundancy is positively linked to bugs in their SUT, and Redundant tests have a strong negative correlation with code coverage.

Now, with respect to Finding 3, the research found that the correlation between code coverage and test redundancy is a very high -0.78.

In other words, software projects whose test suites have a higher amount of test redundancy end up somehow reducing the benefits of the code coverage achieved (as evidenced by the strong negative correlation of -0.78) and consequently raise the chance for bugs to remain in the SUT after its release (as indicated by the positive correlation of 0.55).

If this feels counter-intuitive, you are not alone. Yet, this makes sense, because introducing redundant tests into suites certainly does not increase the probability that new or yet untested areas of their SUT will be covered. Bringing back the pesticide paradox for a moment, this is perhaps why it appears as though a SUT becomes immune to its tests: simply because 1/4 of work is done testing areas that have already been tested, on average.

This brings us to the last finding.

Finding 4: Test Redundancy is a useful metric for measuring how smelly automated tests are

Practices that are symptomatic of poor quality, improper management and overall technical debt have a distinct name: they are called smells. Smells are also oftentimes called anti-patterns.

In software development, code duplication is a smell for the reasons already mentioned in the beginning of the post. In the area of management, for example, measuring LOC (lines of code) as programmer productivity is an anti-pattern for the simple reason that there is no relationship between LOC and actual quality work.

As such, measuring the amount of redundancy in test suites becomes a useful practice and a good indicator for gauging the health of your test suites. This allows you to get a different kind of reading from your tests, a reading that could potentially tell you whether your tests or your practices might be hurting your SUT’s quality.
To read the complete results of the research, head to the Ortask website. 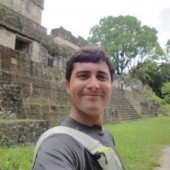 I started working on a unified theory of testing since college, whereby all types of tests (such as automated, manual, exploratory, security, and many others) can be mathematically represented and reasoned with to infer useful results. I then worked with IBM, where I got a chance to expand it and apply it, especially when working with customers for root-cause analysis in our enterprise storage products, as well as in development. Reachability graphs was one result of my work, where such graphs allow one to easily identify and discard irrelevant states of the SUT (system under test) even with the ever-present "Oracle Problem." After IBM, I formed my own company called Ortask, where I now focus my attention on developing tools that make testers and developers more efficient, as well as researching and evangelizing testing techniques that have shown to yield high-quality results. Not surprisingly, I use both the theory and the tools quite often in my own testing. I'm also currently writing a book that explains the unified theory of testing and all its useful details. The book will hopefully be available some time in 2015.

Find out more about @mario