Today, mobile apps are becoming more complex and end-to-end testing is paramount. Testing mobile apps in mobile app development could be a big challenge because of the involved complexity. There are so many device carriers, battery life span, limited space and storage, and so many things to take care of.

So, how do you speed up the app testing process and make for a much faster release cycle?

With mobile app development services, the team of software developers and Q&A should first determine what to test, particularly the functionality and features of the app. QA teams before often created a testing strategy and a huge-picture document that outlined methods and goals of the process.

The testing strategy therefore may not be documented formally, but still, it’s critical to clarify. Define what functional requirements and features you are testing. This determines the kinds of testing required, whether functional testing, usability, compatibility, security, installation, and so on, and so forth.

When you already know the scope of testing and the average, the next thing for you to do is to determine how to perform the process. In other words, the strategy should be broken down into a plan of action, with the details on what or who executes the test and the timeline. An essential part of this step is to prepare test suites, like writing test instances or test scripts for automating the process.

When choosing testers, either with a React Native development company for instance or on your own, it’s beneficial to use testers with similarity to the users. For instance, if you have a technical mobile app for a customer, ideally you would want testers with domain expertise who could properly navigate and test it.

The next step is executing mobile app testing. The specifics of test execution depend on the scope and coverage of the test and release tempo, which could greatly vary from one company to another. The majority of DevOps teams release on a daily basis, a weekly basis, or on a monthly basis. Testing apps could be done daily using Continuous Integration.

If you’re releasing new versions of an app constantly, manual testing could be very difficult. It’s not only more expensive but less reliable as well. You should use test automation to cut down on the time of testing so you could concentrate on things that are important.

Automatic tools enable teams to test the app fast at the different development cycle stages. This lets the QA teams of a mobile app development company like Etatvasoft.com determine issues faster and fix them early on, shortening the time to market.

Another way to boost the speed in app development is via a User Interface that’s component-based. With the process, you could save a great deal on the cost of development, as well as time through developing a technical framework that’s sustainable. Between apps, these may be exchanged and could also be reused if agile and iterative is supported.

Both emulators and simulators are used widely for mobile app testing nowadays. These are tools that could emulate/simulate the working and the behavior of mobile devices. While many could get confused between the two and could mistake them to be the same, they are actually different.

An emulator is an original device replacement that lets you run apps on the gadget with no need to modify them. A simulator on the other hand does not imitate the hardware of the mobile but could set up an analogous space as the original operating system of the mobile app.

This applies not just for mobile apps, but for any environment or app as well that’s changing constantly. Detecting and fixing bugs early on in the development stage saves you ten times or one-hundred times over a bug that’s discovered much later in the production environment; not to mention the loss in the company due to a bug.

Testing then should be performed at all times. It should not be deemed as a stage but as an ongoing process.

By simply adding the necessary features in an app could cut down on the release cycles, haste the process of feedback generation, and faster deployment.

Doing a proper QA could not be emphasized more. By checking every element’s quality and when developed, great time savings that otherwise could be spent on the final product and coming back should there be issues to resolve later.

In today’s highly-competitive world, a faster mobile app release is paramount to stay on a competitive edge. Fortunately, there are several test ideas such as those mentioned here that could hasten app release time.

The Mobile Tester – Your Place In The Team 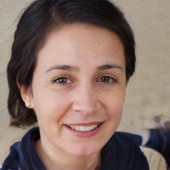 Shira Gray is working as a Business Development Executive at E-commerce Development Company – eTatvaSoft.com.She writes about emerging technologies. Being a tech geek, she keeps a close watch over the industry focusing on the latest technology news and gadgets.

Find out more about @shiragray