Do you need to know more about AI programming languages? What do you think has made AI grow? How could artificial intelligence projects result in tremendous innovations?

From farming to filmmaking, artificial intelligence has made huge impacts on our day today lives. AI has come a long way upsurging growth of businesses by developing face recognition technology, personalized customer experiences to wearables that detect a person’s thoughts. Currently, AI chatbot can offer us personal styling services and efficiently model our immune system!

Here we will discuss the most popular ones — Java and Python

As you know, Java and Python have been considered as the two best programming languages. Both the languages have similarities and differences which makes it more difficult to select one out of the two.

If you are working on an artificial intelligence project and confused on the best programming language for AI, here is everything you should know.
Java for AI

We know that Java is simple and easy to learn. We have numerous reasons why Java stands out. Apart from high performance and portability, Java is also:

How do you think Java is important for AI?

Java is considered as one of the best languages for AI projects. If we examine artificial intelligence programming, we find, machine learning solutions, neural networks, search algorithms and multi-robot systems use Java.

We know how artificial intelligence is highly connected with algorithms and Java has this potential to code different types of algorithms. Java tools create appealing graphics and interfaces and have a great number of Java AI libraries. Some notable features that Java offer to AI are:

Easy to debug: If you are a Java developer, debugging must be one of your skills. Debugging Java applications are easily available and easy to use. We have Java tutorials at hand instructing on how to debug a Java program, setting up remote debugging in Java and debugging tips.

Easy-to-code algorithms and high performance: Java is faster than other traditional interpreted programming languages. Java facilitates and offers high performance with the use of just-in-time compiler.

Simplified work and large-scale projects: Java is effectively used for large scale project development and takes a very strong position due to the essential advantages. We can access the library and tools ecosystem in Java which is more comprehensive.

Versatile, transparent, and easy to maintain: Java Byte code can be carried to any platform and maintained easily.

Java has a big global community of developers: Java community has millions of members worldwide. If you are a beginner, you can easily learn and create effective solutions as there is always someone who can answer your questions. Free online tutorials also help in learning Java easily.

Let’s dive into the advantages of Python.

What does Python offer to AI?

We know that a developer can directly run a program written in Python and the notable flexibility of Python language. The best part of Python is undoubtedly its readability and simple syntax.

We don’t have to code algorithms in Python, which makes implementing AI projects easier. Python reduces the burden of testing the code. The most prominent feature of Python is Prebuilt Libraries. The numerous pre-built libraries of Python efficiently implements various Machine Learning and Deep Learning algorithms.

There are various benefits of choosing Python to develop AI projects. Here is everything you should know about what Python provides in artificial intelligence.

A great Library ecosystem: Python is the most popular programming language used for AI because of the prebuilt libraries. You do not have to code from the very beginning every time using Python.

These are some of the most widespread libraries you can use for AI:

Readability: Python is very easy to read, change, copy or share. There are minimal errors resulting in more efficient exchange of algorithms and ideas.
Platform Independent: Python code is platform-independent: Python can run on multiple platforms including Windows, MacOS, Linux, Unix etc. We can implement several small-scale changes to transfer the process from one platform to another.

Now that we have discussed the major features of Java and Python, let’s try to analyse between the two.

We know AI projects cannot be maintained using one single programming language. However, if you ask us Java or Python for AI, it is Python ! Python is more suitable for machine learning, artificial intelligence and data science.. AI developers prefer Python over Java because of its ease of use, accessibility and simplicity.

Java has a better performance than Python but Python requires lesser code and can compile even when there are bugs in your code. On the other hand, Java handles concurrency better than Python. One of the main reasons why Python is widely used is its ease to adopt for people who are beginners. It is also more suited for quick prototyping. In short, Python is preferred over Java for AI projects including developer productivity, language flexibility, library support, community support, and ease of learning.

The role of programming languages in the growth in artificial intelligence is central. Choosing between programming languages is often confusing, especially among the popular ones. If you are still confused about why to learn AI Programming with Python or start AI programming with Java, each language has their own advantages. It depends on your key skills and knowledge. Python and Java have been striving for the top position. However, Python has been making great progress in the last few years while Java is holding onto its position. 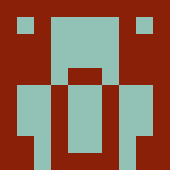 Sharafudheen Mangalad is the managing director of a chain of educational institutions in the UAE. With more than 10 years of experience in the education industry, he successfully runs Edoxi Training Institute in Dubai and Time Training Center Abu Dhabi.

Find out more about @edoxi