If you want to create iOS apps, the first thing you should do is choose a programming language: the latest Swift or the time-tested Objective-C? From the very beginning, Swift was positioned at Apple as a simple and understandable language. Objective-C, on the contrary, has a relatively high entry threshold, which is often too difficult for novice developers who want to be able to do everything one day.

If you’re developing apps for mobile and haven’t studied Swift, be aware that Swift is not only supplanting Objective-C when it comes to app development for OSX, iOS, and WatchOS but will also soon replace C for internal programming for Apple platforms. Surprisingly, some key features of Swift can make it the only programming language for creating engaging, flexible, consumer-oriented applications.  TechCrunch writes that iOS programmers, according to research on the UpWork platform, are increasingly switching to Swift. Why is that? Lets look at the Swift Vs Objective-C comparisons.

What are Objective-C and Swift Programming Languages in iOS?

Objective-C and Swift: both of these languages have their application programming interface and their frameworks. Objective-C was created in the late 80s while Swift is a new language that does not build on the old traditions of inheritance.

Let’s compare these two languages and find out their strengths and weaknesses.

1. Swift is a more readable language than Objective-C

Objective-C has all the pains a language built into C can have. Since Swift is not built-in C, it redefines the conventions of inheritance. This way, you no longer need to put a comma at the end of a line or write parentheses to surround conditionals inside if / else statements.

Another significant change is that method calls are not nested and therefore don’t create severe parentheses! The result is a clean, expressive language with simplified syntax and grammar.

2. Swift is easier to maintain

The legacy leaves Objective-C behind: a language cannot evolve without C development. C requires programmers to maintain two code files to reduce installation time and build efficiency – a requirement that carries over to Objective-C.

One of the exciting things about Objective-C is how it handles pointers, especially nil (NULL). In Objective-C, nothing happens if you try to call a method with a nil pointer variable (uninitialized). The expression or line of code becomes unexecutable, and it may seem like the expression will not fail, but in fact, it will be full of errors. Failure results in unpredictable behavior that is the enemy of programmers trying to find and fix random crashes or stop abnormal behavior.

Optional types allow the optional nil value to existing Swift code, which indicates the possibility of creating a compiler error when writing bad code. It creates a short feedback loop and allows programmers to write code more confidently. Problems can be fixed with code already registered, which significantly reduces the time and money you spend fixing bugs, much like the pointer logic from Objective-C. Any software development company Including MLSDev, will prefer this solution as the best.

It means that the programmer will have to take over memory management when working with the Core Graphics API and other older APIs available in iOS. Memory leaks that developers can have in Objective-C are simply not possible with Swift.

Swift helps reduce the amount of code required for repetitive statements and lines. In Objective-C, you have to be verbose when working with text strings, and it takes many steps to combine two pieces of information. Swift uses modern language features such as the addition of two lines along with the “+” operator, which is absent in Objective-C.

This support for concatenated characters and strings is fundamental to any programming language that uses the display of text to the user on a screen. Swift’s type system reduces coding complexity because the compiler can infer types. Removing deprecated conventions has dramatically improved the Swift engine. Code performance testing in Swift indicates that Apple continues to make good faith improvements to the speed of Swift apps. According to Primate Labs, the GEMM algorithm showed that the Swift compiler could not vectorize code the way the C ++ compiler can. C ++ has a slight edge, but Apple promises to fix this in future versions of Swift.

One of the problems that Objective-C codes face is the lack of proper support for namespaces created as a solution to C ++ ‘s file name collisions problem. When this collision occurs in Objective-C, it is considered a linker (linker) error, and the application cannot run.

Swift allows for implicit namespaces, which allows the same code file to be used across multiple projects without the risk of crash and naming requirements like NSString or CGPoint (Core Graphics). Ultimately, this feature in Swift improves programmer productivity and means they don’t have to do the extra work that Objective-C does.

The most significant change in Swift that hasn’t received enough attention is the move from static libraries, which are updated only on major updates (iOS8, iOS7, and so on), to dynamic libraries. Such dynamic libraries are working pieces of code that you can link to your application. This feature allows applications of the current version of Swift to communicate with newer versions of the language due to its constant development.

The newly introduced Swift sandboxes are fertile ground for seasoned developers. They enable programmers to test a new algorithm or flowchart without creating an entire iPhone application.

Apple has added inline execution-while-writing for sandboxes to help programmers create snippets of code or write algorithms that produce results as they are written. Immediate results can improve coding speed because the model traditionally needed by the programmer can be replaced with data visualization in a sandbox.

10. Swift is the future that you can influence

Objective-C isn’t going anywhere, but it won’t undergo much change either with the advent of Swift. Changes will likely carry over to Objective-C, but Objective-C’s legacy to C means it will only consume everything.

Swift empowers society to influence the language used to write applications, embedded systems (if Apple ever licenses embedded frameworks and chips to third parties), and other devices such as the Apple Watch.

Objective-C was a widely-used programming language until 2014 when Swift was released. And the development of this language should not be expected. Already on JetBrains, you can see that 70% of iOS developers prefer to work with Swift.

It is not possible to develop an application interactively in Objective-C. It is a significant disadvantage for every programmer and can negatively impact the development process. Since Apple released Xcode 6.3, fixing numerous annoying bugs from the Apple Bug Report utility, there is no chance Objective-C can catch up with Swift.

To sum things up

In this comparison of Swift and Objective-C, the advantages and disadvantages of both languages ​​can be appreciated.

Most of the existing iOS apps today are written in Objective-C. However, as time goes on, technologies change, and it’s time to think about porting applications to Swift. Swift allows iOS developers to make any changes in a short time frame. And all thanks to his more accessible and responsible nature.

Even if you’re having a hard time picking one solution, check out this Forbes article that discusses why IT business owners should turn to Swift as a way to develop apps efficiently.

And you are not an expert and do not know what to do when choosing a programming language – you can always choose custom software development and get the best decision.

Check out all the software testing webinars and eBooks here on EuroSTARHuddle.com” 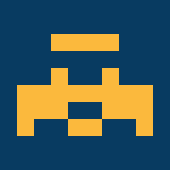 I am a technology writer at MLSDev, a software development company that builds web & mobile app solutions from scratch. She researches the area of technology to create great content about app development, UX/UI design, tech & business consulting.

Find out more about @toryrobinson