The core of any business is the underlying infrastructure. The IT landscape is constantly evolving with frequent changes in OS, browsers, firmware and drivers. Infrastructure /Data centres becoming huge and continue to expand multifold hence exposing them to a variety of risks. These changes have a cascading effect on the applications running on top.

Testing the application alone thoroughly will not weed out the deficiencies of the underlying architecture. This juncture is of high risk which may cause system failures, performance issues and downtimes and have many impacts as discussed below:

Impact of these failures affect various verticals severely – like Retail, Banking, Health care. Are we prepared for facing such failures? Are we doing enough testing to overcome these? They have to identified, assessed and managed continuously.

A holistic approach is needed for testing the infrastructure end to end with an integrated process ahead of the ever increasing IT complexities.

Infrastructure testing is about testing the application runtime environment, which is a collection of building blocks or components that can be used for supplying functionalities towards other applications. These can have innate functionalities for an end-user by a provided user interface and can consist out of one or more (hardware) appliances or software solutions.  It is easily possible that these building blocks are not visible for the end-user (e.g. network switch, firewall, routers, etc.).

Based on the business requirements, the QA team carries out application testing in isolation on top of the underlying architecture and operating system. And other blocks are individually tested by the respective teams.

Infrastructure testing is carried out in sync with an unified team which performs testing including the hardware, OS and the firmware along with application functional testing. The types of changes that happen in the IT infrastructure largely depend on the IT landscape volume and complexity of any organization. The following are some of the triggers for performing an Infrastructure testing.

Whatever is the trigger, a holistic approach is needed and a consolidated framework for infrastructure testing is discussed below. With an exhaustive approach discussed above one can have an E2E system which has all the following advantages:

Gartner says IT Infrastructure market is likely to grow by 2020. Optimization is primarily driven with an objective to create next generation architecture that can support the ever increasing challenges of digital business.

IT infrastructure is becoming more complex day by day demanding significant effort and focus. Today, any business requires IT to enable them with business SLA which makes Infrastructure and application team to be integrated in many aspects.

At this crucial juncture, some insights on infrastructure testing strategy may contribute for an accelerated solution from which best practices can be evolved. So scrutinize, assess, test and manage IT right. 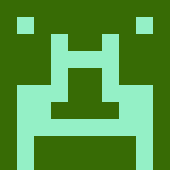 Find out more about @premalathas30