Before I started my career as a tester, I was a scientist doing research in particle physics, and my years in science trained me to be sceptical, inquisitive and open to new approaches. It was the idea of continuous learning and exploration, always working toward the next discovery that attracted me to science in the first place. I’ve found many parallels between science and testing, but to me it feels like there is currently a lack of testing innovation, and testing as a profession is not evolving as fast as I would like it to.

How do you usually approach testing? Like in so many other situations, we often simply revert to doing things the way we did last time. It seemed to work then, and why change something that’s working? We use what we already have in terms of test tools, test environments and test data. How often do we instead question the habits we’ve developed? We sometimes do a great job of limiting ourselves, developing boundaries we decide can’t be crossed and creating a comfortable little testing box that we hide in. Can we lift ourselves out of that box, and should we try to?

Testers need to get more innovative, and find new ways to test more efficiently, and effectively. Nobel laureate Dr. Michael Smith at the University of British Columbia advocated “follow-your-nose research” in his field, biotechnology; he was willing to pursue new ideas even if it meant that he had to learn new methods or technologies. Similarly testers should do “follow-your nose testing”, exploring new approaches and questioning old habits. “Following your nose” means trusting your own feelings rather than obeying rules and convention or letting yourself be adversely influenced by other people’s opinions.

Innovation is stimulated by a diverse group that debates, criticizes and questions ideas. Sometimes innovation requires that you dare throwing everything away and starting over. Innovation isn’t always the newest thing: innovation can be using old concepts in new combinations or new ways. Innovation is not always a huge change either – it can be small improvements too. But it is a change. Innovation is part of human nature: we’re all inherently innovative and can learn to be even more innovative. There’s no such thing as “I’m not creative enough”. Curiosity can be trained out of us, but it can also be trained back in.

We also can’t forget that lifting the thinking outside of the box requires providing an environment where it feels safe to voice ideas that might be considered outrageous, crazy or expensive. Everyone’s opinion counts, and everyone’s opinion is valuable.

The problem in my mind is what I see as a stagnation, which I would almost describe as compliance. Maybe testing has become compliant? Are we too prone to agreeing and obeying rules and standards, standards that are often forced upon us from outside of the testing community? Part of the solution I believe to be follow-your-nose testing. What I’m asking for is that we try to invent new approaches to testing, or re-invent testing. Is there another way of testing this? Why are we testing it this way? Why are we not testing it this way instead?

I believe we need a big change – we need to change how we think about testing. But who will start the change? Who will re-invent testing? Regardless of your current role, I want you to be part of it. You can make a difference – your ideas could be what will make testing take the next evolutionary step. 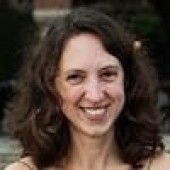 Find out more about @cwiedemann