In today’s time, we are living in a technologically advanced world where machines are being used to perform numerous tasks. The use of the machine has transformed the way we live, work, and entertain ourselves. With the growing demand for smart systems and machines, various technologies are being introduced to the world. One such popular technology is Artificial Intelligence, also known as AI. Artificial Intelligence can think and act like humans and interpret human likes and dislikes. To operate successfully, AI applications require some language in the backend. Both Java and Python are considered efficient languages to be utilized in Artificial Intelligence development services. Both are high-level, object-oriented languages. However, both differ in several ways.

Let’s look at both these languages in detail to understand which one is better for AI-based solutions development-Java or Python.

Python is a high-level programming language that is used for complex circumstances. It is also used as a general-purpose programming language across diverse domains. Developers including beginners to professionals worldwide prefer this language due to its simplicity and less complex syntax. Some of the key benefits of the Python language include:

Role of Python in AI Projects

In Python, developers are not required to code algorithms, which makes executing AI projects simple and easier. This way, it reduces the stress of testing the code which saves a lot of time as well. Other than this, Python language comprises a huge set of pre-built libraries. These pre-built libraries can be used efficiently to employ various Machine Learning (ML) and Deep Learning algorithms. Some of the key advantages of choosing Python language for AI projects include:

Just like Python, Java is also an object-oriented programming language. The language is one of the most commonly used programming languages in today’s time that came into existence before Python. Though it has quite a complex syntax as compared to Python, its speed of execution is much better. Some of the key benefits of the Java language include:

Role of Java in AI Projects

Java is among the top-notch programming languages worldwide that are used in the development of AI projects. Java language is extensively used in assorted neural networks, Machine Learning (ML) solutions, multi-robot systems, search algorithms, and various other systems. Since AI is largely associated with algorithms, Java language has the capability to code different types of algorithms with ease. Besides, the language comprises a huge set of Java AI libraries and tools that can be utilized to build attractive interfaces and graphics. Some of the key advantages of choosing Java language for AI projects include:

To conclude, both Python and Java are the most favoured languages worldwide that are used in delivering superior Artificial Intelligence development services. Choosing a particular language can be confusing as each language has its own advantages that can make AI projects successful. If we need to choose between Python and Java, Python is a little ahead of the competition as compared to Java due to its simplicity, ease of use, accessibility, language flexibility, library support, and various other reasons. 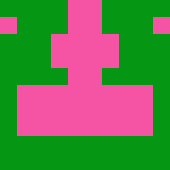 A senior software developer with 8+years of experience guiding teams to develop the most competing software solutions. He believes in sharing his knowledge to create unique, innovative software solutions for businesses.

Find out more about @nelliemarteen