But DevOps at the same time boasts of a highly people-centric development practice that believes in collaborating with the human skills with the automation of delivery pipeline. This is why bringing human value in DevOps automation testing remains so important. No software development company adopting to DevOps and agile can undermine the role of human expertise in testing besides carrying out the automation testing.

Here we are going to explain the key DevOps testing principles and tools that perfectly brings together contributions of human and tools.

Some of the key ways automation in DevOps empowers businesses with include the following.

Automation Has A Limit Too

While the DevOps approach allows developers to automating a whole array of operational activities, this also has a limit. Basically, automation helps in mitigating the constraints and bottlenecks in the delivery pipeline. But that obviously doesn’t mean that the DevOps works as a process without needing human intervention at all. DevOps testing professionals play a great role in carrying out testing processes for flawless delivery and output. Governance, maintenance and looking after the processes still find the role of human professionals indispensable in DevOps.

Moreover, in spite of the huge benefit of testing automation, automation of all tests may not be effective at all. For instance, usability testing must require human role in evaluating the usability of the software. The DevOps project will need both manual and automation testing to evaluate the qualitative aspects of software before launching an application. Using a mix of manual testing and automation is the time-tested way to the success of DevOps projects.

It is common for most developer teams to carry out automation testing with GUI functional tests. But since GUI components frequently change and they are slow for implementation, the testers need to undertake different testing methods to detect issues more easily. To do away with the risks of the defective application and to ensure optimum quality, several layers of testing are required. Instead of only sticking to GUI functional testing, the developer teams should have a clear and well-planned automation testing strategy with the respective time required to evaluate each specific area.

Do Away with One-Size-Fits-All Approach

If you see DevOps automation to replace other important roles you are terribly mistaken. The focus of DevOps is to bring together cross-functional development teams to remove the long-standing barriers between the development and operations teams to facilitate collaboration. The DevOps functional approach combining both the skilled members of development and operations teams can only embrace an automation approach based upon the project. A one-size-fits-all approach is not the right approach here.

DevOps testing is known to be highly effective because of the deeper monitoring capacity corresponding to multiple layers of the testing process starting from the components to integration to infrastructure and the transactions. In-depth analysis, evaluation, and monitoring became the hallmark of the DevOps approach of development. Thanks to this approach, monitoring, testing, and evaluation are carried out in an organic manner without anyone to be able to distinguish them. Thanks to continuous testing and monitoring a better user experience can always be ensured without much worries for the post-production feedback.

DevOps developers can take help from an array of highly sophisticated test automation tools. Well, while there are so many tools to choose from you need to choose ones that meet your team capabilities and resources in hand. Gaining maximum business value by utilising the best automation tools that are perfect for your in-house capability is the strategy you need to embrace. Let us mention below some of the most important automation testing tools.

The growth and popularity of DevOps and agile development practices have already reached to the optimum and there is no going back from these practices. Since automation testing is integral to this evolving development paradigms, every project needs to consider the testing principles, guidelines and tools seriously to ensure best results. Instead of taking automation testing for granted across all testing needs, modern software projects need to go deeper and consider the underlying challenges where human intervention is irreplaceable. 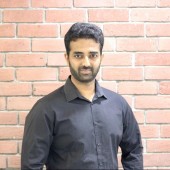 Atman Rathod is the Co-founder at CMARIX TechnoLabs Pvt. Ltd., a leading web and mobile app development company with 13+ years of experience. He loves to write about technology, startups, entrepreneurship, and business. His creative abilities, academic track record and leadership skills made him one of the key industry influencers as well.

Find out more about @atmanrathod