Robotics and other such technological devices are not made and developed only in the United States. Other nations use robotics as well, but are they used to the same degree? If so, where are these devices most widely used?

Robots are used for many purposes, ranging from space exploration to surgery. They’re especially useful in industries with production, or where a lot of repetitive, articulate motions are required to complete tasks. Robotics are especially popular right now in Japan. Many different types of robots have come out of this country, ranging from humanoid and animal robots, to devices designed solely for entertainment and industrial purposes. Japan is actually a leader in the robotics industry, and usage of their creations is widespread all over the world.

Companies like Toyota are making extremely creative robotic devices, for example a robot called the i-foot. This robot is a mobility device designed to go up and down stairways, and can even be ridden by a person. It is controlled with a joystick as you sit on it. There are also a few entertainment based robots that have been created by Toyota. These include several music playing robots and a DJ robot. With many points of articulation and an attempt at creating human-like movements for these robots, Toyota has created some interesting products.

Another country that is enjoying success in the field of robotics is Austria. With organizations like the Austrian Robotics Workshop, new developments are strongly encouraged here. The creation of robotic devices is pretty much confined to developed nations, since they have the funds and resources to pursue this expensive industry. Third world and developing nations are not as largely involved in this process as they are not as industrial; the field of robotics is more designed to make life easier, whereas third world countries are just trying to get by. There is no doubt that robotic technology is extremely expensive to develop currently, but the more developments that take place, the more widespread robotics will become.

The hardest part of designing robots is to create truly new innovations. Robots are restricted by the current designs and achievements that are already in existence. Creating robots that fit into these predetermined roles is going to severely restrict new ideas. It is essential that inventors and developers “think outside the box” when they are designing new robots. This is an important part of forward momentum in any industry,  but it becomes especially important in a business like this. Creating new technology often requires people to think up things that have never been attempted. A hundred years ago, no one would have thought that devices like portable music players like the iPod could have existed, but developers have obviously since come up with such devices. If our world is going to solve some of its ongoing problems, new techniques are going to be needed. Thanks to some extremely creative and original thinkers from all over the world, this is likely a very realistic possibility.

As you can see, the United States is not the only country that needs to be involved in this creative line of thinking. Major players exist in nations all over the world, and thanks to the spread of computer usage, many nations are creating high-profile pieces of robotic technology. In the digital comunnications age, it is also possible for collaboration to take place across the world, uniting great thinkers to solve problems that individually they couldn’t accomplish. 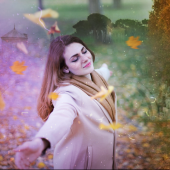 Hello! My name is Susan. And in short, I'm a writer. I work as a Test Analytics with freelance copywriter background in several companies. I was Authority Writer and Content Strategist at Instanovelist for 4 years. After working in different fields for five years, I made the transition to online help with college application, copywrititng and screenwriting back in 2017. Since then, I used to help clients get featured on popular sites like Forbes as well as start and develop new blogs. Aside from content marketing, I’ve also written one line ads and designed various product campaigns for companies. Presentations, emails and landing pages were included in those campaigns. When I’m not writing, I love to travel, draw and listen to good music.

Find out more about @whitesusan