There is no fixed code-editor one can use for .NET coding as a lot of companies have made their own code-editors, which can be used to do this work. One such company is Microsoft, who has their own version of .NET code editor known as .NET core, whose main task is to make the web applications. Recently, it was confirmed by Microsoft that by the time the complete version of Microsoft Visual Studio 2019 was released in the market on April 2nd, the .Net core 3.0 wouldn’t be complete. Although a trial version of .net was released in the market in February 2019.

Problems users have been facing with .net preview version

Although visual studio’s and .net core’s complete version has not been released in the market with visual studio’s new version being released in April. On the other hand, .net core 3.0 doesn’t have any release date as of now, however, the preview version of these two software solutions were released in the market by Microsoft for the users. The purpose is if they face any issue in the software, they could report it back to them. This got a mixed reaction by the users since the preview version of .net core 3.0 barely emphasized on the new things that were added to it and people facing problems in the running of the program in Visual Studio 2019. The main problems which were reported back to Microsoft which they have or are trying to resolve in the versions are:-

Steps were taken by Microsoft to resolve this problem

Once the user has done these steps, all he needs to do is restart the IDE and .net 3.0 will appear as a target framework option in Visual Studio 2019. This is the only issue faced by the user which can be resolved in the preview version only and he/she doesn’t need to wait for the complete version.

There are a lot of issues in .net core 3.0 version which the Microsoft had to resolve before the complete version of the software could be released. This led to a lot of backlash for Microsoft which caused them to release useful tips that you can try with asp.net core web development 3.0 in VS 2019 so that the users could understand how to resolve the issues that they were facing. 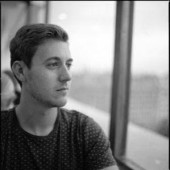 James Warner is an highly skilled and experienced software and mobile application system development manager at Nex Software. He has wide experience in IT industries to develop creative business system based on Java, .Net, Python, Microsoft Dynamics AX Development, iOS, Mageno and Android.

Find out more about @jameswarner