Consumers downloaded 204 billion applications on their mobile phones in 2019. (Source: Statista) It goes without saying that app testing is an essential part of app development. Mobile app testing enables organisations to build applications that are accessible across multiple platforms.

As you go through the app testing process, try to ensure that you avoid these mistakes to achieve the highest quality result.

Having a smooth user interface is central to creating a mobile app. It is the first thing users experience when they download an app.

First impressions matter. If the features are not working properly, users will turn to other apps to fulfil their purpose. Ensure that you don’t miss loopholes, bugs, and minor errors which may result in releasing an unstable app.

Some developers make the mistake of using the same approach for the web when testing mobile applications. An Android app is a software which may lead many people to use the principles of web testing on them. These two are completely different for example web software is meant to fit bigger screens while mobile software is designed for smaller screens. On average, a web browser updates once every year. If you used this approach, you’ll be testing for an old device.

Therefore, mobile app testers should keep in mind testing for only mobile use cases.

3. Testing without in-depth knowledge of the app

Developers and app testers make the common error of skipping the learning process when testing for an app they have never heard of. A quick check on the user interface, features, and they are good to go. This is where the principles of MVP come in handy.

The tester should first learn the app and then know the purpose of its tests to make a clear evaluation of the app’s requirement. He should have an in-depth knowledge of the app’s functionality, user experience, and business goals.

Through this, the developer can cover all the minute details or particulars of the app. Good app security presents significant opportunities for businesses and their customers. Sometimes app testers may not perform security testing during the app development cycle. However, security testing is an important task when testing app software. It is a key requirement for users perating your application. People don’t want hackers to steal their personal information through mobile apps. According to joyofandroid.com, security flaws are the main cause of vulnerabilities for applications.

5. No update or installation testing During the development process of an application, update and installation testing are important. This step is crucial for the app tester because the first thing the user will do when they encounter your app is to install it.

If this procedure flops, they will most likely delete the application from their phone. Therefore, ensure you test for update and installation of your app. When you’ve tested the app and launched it, your work doesn’t end there.

The app tester should visit mobile platforms that are readily available such as the Google Play Store, Amazon App Store, etc. They should read reviews to see what users have to say about their app. Also, they should gaze at user reviews of related apps similar to the ones they tested.

Sometimes the feedback may help you find problems that you can fix. Therefore, improving the quality of the app.

When all the loopholes are fully analysed during app testing, the tester will be able to say that they have fulfilled their objective of producing a quality product for their consumers.

The above list will help the average mobile tester avoid common mistakes and help make them a better tester. 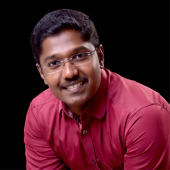 Find out more about @dan-joa