This  weeks featured members are: 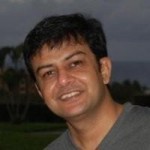 Ravi is a test manager based in the United States. He recently joined the TEST Huddle Community. Ravi has an interest in the area of management. He might be interested in looking at the Learning to Test forum which has loads of conversations on the non-technical aspects of software testing. Roman is software tester working for Playtech based in the Ukraine. He has an interest in the area of mobile testing. Roman has really got involved in the community since he joined. His has contributed to the discussion on  “How Does Automation Testing Impact Manual Testing?” and the popular thread on the first bug you discovered.