Last time we got to know: Aitor Agirre, Adam Hepner and Erkki Pöyhönen. 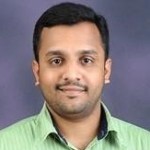 Nandagopal hails from India.  He works for RM Education Solutions India working as a test lead and has an interest in the area of mobile apps. Nandagopal might be interested in the conversation that is active on TEST Huddle now about API’s. Maud is a software tester based in Germany working as test consultant for herself. She has been active in the community before taking part in the A New Model for Testing discussion. John works for Aditi Technologies and is interested in the area of test automation. John also tells a nice story about his background. He worked for Microsoft for a number of years before leaving to join a startup called Disha Technologies which eventually became a company with 450 employees and was bought out twice. He joined ADiti recently in 2012 and has been working as Director of Test there ever since.