Last time we got to know: Areti Panou, Abir Khan and Drew Spencer. 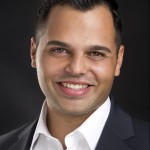 Camal is a test manager based in Germany working for the company 1986. He has an interest in the testing areas of test management and test strategy. Camal has been a member of TEST Huddle for less than 24 hours but has jumped right into the conversations. He joined that chat started by Bob Galen about his webinar on  “A Testers Guide to Collaborating with Product Owners“. The chat is still ongoing so get involved. Hugo is based in the Netherlands and works for Niposoftware as a test Developer. He has been a member of TEST Huddle for a few months now. Hugo was also an attendee at last year’s EuroSTAR conference and took part in the inaugural EuroSTAR 5km run (which actually turned out to be 6km). For his troubles, he received a special EuroSTAR medal. Yulia works in Belarus as a test engineer. Her area of expertise is manual testing. She also has an interest in mobile and cloud testing. Yulia is a recent member to the TEST Huddle community and like all new members, she is most welcome to get involved in the community. The best way to do this. Well try the “Introduce Yourself” forum.