Last time we got to know: Patrick Prill, Bryan Bakker and Declan O’Riordan. 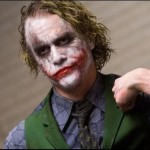 Alan is a software tester based here in Ireland with Sage, with an interest in test practices. Alan has a bit of a sense of humour. His area of expertise is “Finding Bugs” and he is bringing his “winning personality” to the TEST Huddle Community. Alan recently attended the “Passionate Dating for Testers” webinar led by Rene Tuinhout last week which proved to be a very enjoyable webinar for those that viewed the presentation. 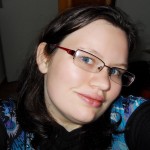 Sammy is a recent member of TEST Huddle having joined just a few weeks ago and has got involved with the community straight away. She introduced herself to the Community in the aptly titled Introduce Yourself thread. Sammy is based in Sydney, Australia where she works for Tyro Payments. Sammy is knowledgeable about API testing and has discussed it in the forum. She is also involved with Sydney Testers meetup and is planning to build a tapster robot for testing with at her work.  Sounds like fun! Arlene is a test manager with PointWest and is based in the Philippines. She joined Test Huddle a few weeks ago. Arlene area’s of interest are in Automation and Cloud testing. She might be interested then in the thread on automation testing tool list where a few testers are discussing their respective tool lists at work.