The current world Smartphone market is three times bigger than the PC market and is rapidly growing. There are 2.2 million applications available as of early 2016 and the number of mobile apps downloaded is expected to be 268 billion in 2017. The global mobile advertising market hit two significant milestones in 2016, according to the figures from eMarketer, surpassing $100 billion in spending and accounting for more than 50% of all digital advertising expenditure for the first time. For 2017 the number of mobile phone users is forecast to reach 4.77 billion. The number of mobile phone users in the world is expected to pass the 5 billion mark by 2019. In 2014, nearly 60% of the population worldwide already owned a mobile phone. Most of these users are in Asia pacific and Africa, the fastest growing mobile market in the world. Mobile Application Testing has therefore become a pivotal part of a companies strategy to reach its customers.

What is mobile application testing?

Reasons for intricacies of mobile testing

Mobile application testing is complex as there are multiple factors to be considered. It has a set of challenges related to a variety of devices, screen sizes and resolutions. Some of the challenges are:-

Mobile application testing is more complex than testing traditional applications and there are a whole set of challenges as already discussed. These intricacies are growing daily since apple released their first iphone ten years gone. The mobile application testing field is still considered as very fresh and agile.  Google says there are now 1.4 billion active Android devices worldwide. As of June 2016, the Android users were able to choose between 2.2 million apps. Apple’s App Store remained the second-largest app store with 2 million available apps.  Today thousands of new apps are available for download daily. The application integration is the real game changer. Mobile applications are extended to automobile, home appliance and wearable technologies such as watches. The hardware has improved dramatically over the last few years, but it is the software that truly unleashes the potential of devices.

A recent survey by GlobalWebIndex shows that a mobile is now the most popular device for online banking with 55% using their phones. The World Quality Report (Cagemini, HP, Sogeti) revealed that 60% of QA and testing budgets were spent on the testing of digital technology solutions including mobile. It also stated that 46% of respondents were challenged by a lack of mobile testing experts (up from 29%) and 52% cite lack of devices as reasons for not performing mobile testing. Mobile application testing challenges are overwhelming and most organisations are neither ready nor able to manage the ever rising demand in mobile testing at this point.  A right mobile application testing strategy is inevitable for succeeding in today’s mobile world. Boby is an experienced Senior Test Manager who has been working in the technology and consulting industries for over 17 years. He has successfully managed the testing of many large IT transformation programmes and globally distributed software engagements. He has extensive experience in testing Digital, Custom Solutions, COTS, Web applications, Retail, E-commerce, Social Media, Mobile, Information Management, Healthcare, Enterprise Applications and Legacy Technologies. His specialist skills have been refined through a variety of testing phases and customer facing roles which typically involve working closely with programme boards, senior stakeholders within the client organisation and trusted partners. 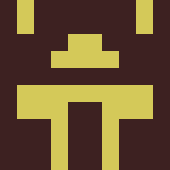 Find out more about @bobyjose