A good automated software testing tool performs load tests, test automation, defect management, code and black box testing and supports it with quality assurance to deal with any unforeseen bugs.With so many domains related to testing, you will definitely feel lost and will start wondering where to begin. Therefore, we have listed 5 of our favorite software testing tools to help you make the right choice according to your business requirement. Selenium is one of the most popular software testing tools in the current market. It boasts of some of the best-known browser vendors like Firefox and Google Chrome. Selenium has a very flexible testing framework that can adapt easily to all major operating systems like Windows, Linux, and Mac. It also offers the convenience to write test script in multiple programming languages like Java, Ruby, JavaScript, Python and many others. It also has a unique record and playback feature along with a browser add-on known as Selenium IDE.

The best part is that it is a free (open source) automated testing suite. This means that you will be charged per test that will be conducted and there is no registration or installation fee either. Accelq is a highly sophisticated cloud based testing platform for functional & API automation. The most exciting feature of this automated software testing tool is that it supports codeless natural language automation. So, you can just develop your test logic in simple English and Accelq will do all the work for you. Plus, it has also simplified API testing by allowing side by side automation between API and UI simultaneously. It is also compatible with all the latest application development technologies such as HTML5, Kendo, Google Material Design, Bootstrap and many others.

All these features and many other unique components of Accelq, make it a lot more than a traditional testing software. It offers a free trial which will definitely leave you impressed. It also has other exciting features like record and playback options and object eye internal recorder. It works smoothly with popular bug tracking tools such as Jira, FogBugz and Mantis. Additionally, Testing Whiz also has a ‘continuous integration’ and ‘delivery in agile cycles’ approachthat distinguishes it from the plethora of testing software available. Ranorex is a popular automated testing tool that has more than 10,000 users all over the world. It promises to deliver high quality desktop, web and mobile apps. They also have a flagship store, known as the Ranorex Studio, which provides all-in-one test automation to its users across all types of devices. The main features of Ranorex include record and playback option, bug detection, reusable test codes and integration with all popular tools.

Ranorex also offers a free trial period and you can switch to the Premium Node-Locked and Premium Floating pricing plans later on, if you like it. Watir, pronounced as ‘water’, is also an open source automated testing tool that is integrated with another popular tool known as Ruby. It supports all major web browsers like Internet Explorer, Firefox, Opera as well as headless browser HTML Unit.

Watir allows the development team to write and schedule tests according to their ease. It can read files and also structure codes for you that can be reused later on. It is highly compatible with business-driven development tools like RSpec, Cucumber, and Test/Unit. Plus, it also tests the buttons, forms, links and responses on a web page, making it a favorite among web developers.

You can visit the official page of Watir to learn more out about their pricing plans.

These were some of our favorite automated software testing tools. There are countless others available in the market that boast a friendly user interface and efficiency.

Whichever software testing tool you decide to buy, make sure that it suits your business needs. A software developer should make  intelligent choices in terms of picking a testing tool. This is why it is recommended to try a free trial version before you buy a subscription plan. Do you have any other tried and tested software testing tools to add to this list? Let us know in the comments below. 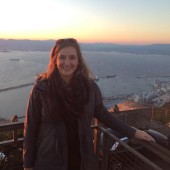 Alycia Gordan is a freelance writer who loves to read and write articles on healthcare technology, fitness and lifestyle. She is a tech junkie and divides her time between travel and writing.

Find out more about @alygordan