Testing is an essential part of the process, so why is it often rushed? Who should do the testing, and what relationships should be established? What is the root cause of the problem?

Overcoming these 5 typical mistakes in the software testing phase provide the answers:

It is incredible how many organizations, and major organizations at that, still delegate this vital task of testing to analysts, or worse still, the developers themselves. That’s like proofreading your own essay!

As well as getting an objective viewpoint, and professional testing expertise, testers are also experts in documentation, which is a compulsory aspect of the testing cycle.

“As part of QA practices, test cases and test scenarios must be prepared, and then functionalities can be checked in an organized and documented manner,” adds Yaeka Ookubo, a software testing professional at Writinity and Researchpapersuk.

Rushing testing, or overlooking it completely

Failure to give ample time to testing is a major flaw. First of all, a structured testing approach is required, and then you simply cannot begin the testing process until the full scope and requirements of what you are testing is understood. Often mistakes are borne out of this simply because testing begins too early in the process, or because not enough time is given to the process of testing. This latter issue is usually due to upstreaming process bearing down on the testing process – delays in the design or implementation phase will inevitably lead to a shortened testing period in order to hit the ‘live’ deadline. But what is the result of rushing this testing process? Software with a whole host of bugs.

And what about overlooking testing completely? We don’t mean the final testing phase, but other necessary testing phases such as regression testing. This should always be performed after a new feature is implemented to ensure that it hasn’t introduced any bugs and that the original functions continue to operate as planned. This oversight is also usually due to time considerations, but the result is the same.

“I have seen so many occasions of developers and testers failing to adequately communicate that in many cases, organizations would greatly benefit from a communication and collaboration course being rolled out to all those concerned. Harmonious developer/tester relationships lead to good software, period,” advises Scott Freeman, a web developer at Lastminutewriting and Draftbeyond.

Identify the root cause, not just the bug

Identifying any bug should always lead to the question, why? Root cause analysis (RCA) is essential in ensuring subsequent releases and cycles go off successfully.

“Mistakes must be understood, not just identified, if lessons are to be learned. This is as true in testing as in any activity,” says Molly Tarrant, a website admin at Luckyassignments and Gumessays.

This follows on from the communication breakdown that often occurs between developers and testers. Yet this is not the only relationship issue that can occur. Testers must also respect the role of product owners in prioritizing bugs that are found. It is the product owner that knows deeply the business goals and priorities, and so it is they that should call the shots when it comes to what needs to be fixed. And testers shouldn’t fix bugs – that’s the job of developers. Simple respect for where everyone sits within the team maintain a harmonious environment, and better testing outcomes. 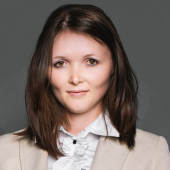 Find out more about @margaretcostantino