As the mobile app development is increasingly getting competitive thanks to the evolving quality parameters, the development companies across the sizes and niches are focusing more on getting validation and checking done through easier means. This is precisely why the QA process across development forms is so focused on choosing the right automation tool.

This is particularly true for the iOS app developers who always try hard to deliver the most sophisticated and visually standout UI without undermining the performance. No wonder, at present, we find a plethora of most sophisticated UI automation tools to help iOS developers more than ever before.

Here we are going to briefly explain some of the leading UI automation tools that iOS development projects can particularly be benefited from. But before that, we will spare a few words on why choosing the right tool is so important.

UI automation initiative for any development company starts with the right choice of tools. Since there is no dearth of choice for the developers out there, they need to only focus on the most tried, tested, and acclaimed tools that already benefited countless projects.

At the same time, one must remember that every UI automation tool has its pros and cons, and this further makes a choice difficult. This is why it is wise to choose a tool that perfectly fits your specific UI validation needs than just choosing account of the surface value or offerings.

This UI automation testing solution created and maintained by Apple can easily integrate with the platform-specific IDE, unlike the earlier JavaScript-based one from Apple. While the first generation solution from Apple could not offer auto-completion or syntax highlighting, this UI automation tool is pretty robust with everything developers need to test and evaluate iOS app UIs.

Xcode UI Tests is a mature and well-built tool that is declared by Apple as the principal tool for UI automation. Being written in Swift language, the developers using this tool can easily access all search controls and other elements. As for test writing, it follows the same JUnit style and adds a new bundle to the project as a bunch of tests. To make things super easy and fluid, it easily integrates with Xcode and Xcode Bots.

Let’s have a look at some of the strengths of this tool.

Calabash is a completely open-source mobile UI automation testing tool which is mainly preferred by developers because of its ease of use and simplicity. In spite of being not so comprehensive covering every aspect of UI automation, it comes with an array of advantages as well. Let’s have a quick look at the key strengths of this tool.

Appium is the most acclaimed UI automation tool with a bounty of developer-friendly features, and the ease of use and versatility made it one of the greatest tools for development projects across all niches and sizes. The tool is particularly favored by developers because of its cross-platform nature. This is why any of the UI elements of your app in both iOS and Android versions look to be similar, and this tool can be ideal for automation testing.

Let’s have a quick look at the key strengths of the Appium tool.

This UI automation tool, which is specifically designed to test and evaluate user interfaces of all sorts of apps, is distinct from other tools for a variety of reasons. Besides being able to integrate directly with the Xcode project that helps developers to do away with the hassles of using a separate web server, the tool is also great for exceptional ease of use and flexibility. Most important of all, it is capable of running tests faster than many other UI automation tools in the market.

Let’s have a look at the biggest strengths of this UI automation tool.

All the UI automation tools mentioned so far are pretty robust, versatile, and extremely easy to use. No wonder, for the vast majority of the iOS app development projects, these tools are used so extensively by the developers. 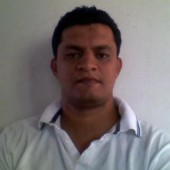 Juned Ghanchi is CMO and proud co-founder of IndianAppDevelopers a leading mobile app development company in India. He loves to share his knowledge about mobile technologies on various blogs.

Find out more about @junedghanchi