If you have anything to do with web development, you must be very familiar with Python frameworks. Most programmers know it as the fastest-growing programming language worldwide, but Python is actually the most popular tool as well.

Reports reveal that there are 8.2 million developers in the world who code using Python and that population is now larger than those who build in Java. What makes this language so valuable?

The answer lies in the definition: Python is a dynamic object-oriented programming language that can be used for many kinds of software development. At the same time, Python offers you a number of additional benefits:

What makes Python even better is the fact that it comes with many automation frameworks. In this post, we are going to discuss the top three frameworks that can ease your web testing efforts.

Pytest is a well-known Python automation framework that is applicable to the vast majority of projects, including the ones in the field of development, QA, open-source, etc. What makes the tool so precious is the fact that you don’t need to invest additional time in learning – all it takes is a common Python proficiency.

Jake Gardner, a web developer at the custom writing agency, says Pytest enables developers to run checks in smaller chunks of code instead of conducting tests in broad classes: “Besides that, the platform makes it easier to identify failed values because they are all stored in separate test cases.”

The pros of Pytest include the following:

The con of Pytest is that you cannot use specific test cases in other frameworks.

Behavior-focused development is the latest trend in Python programming because it forces different teams to collaborate while developing products. This is how Behave popped up as a way to enforce an agile methodology in Python development.

The tool demands Python above 2.7.14 or any newer version as well as the package manager. What do you get from Behave?

First of all, it uses a semi-formal vocabulary to describe system behavior, which makes the processes consistent and uniformed throughout the organization. Secondly, you can run multiple test cases whenever you want since the building blocks are ready for it around the clock.

Here are a couple of Behave advantages:

• You can find a massive learning library online
• The framework integrates with Flask and Django, while it also works well with Gherkin

The biggest shortcoming of Behave is that the framework doesn’t offer support for parallel execution.

If you are interested in acceptance testing primarily, then Robot is the right Python framework for your project. This tool also demands Python 2.7.14 or better and forces you to install pip. Of course, you must download a development framework, too.

What can you expect from Robot? There are several interesting functions to consider here:

• You can craft readable test cases and speed up the automation quite simply thanks to the keyword-driven test model
• Robot makes data syntax testing super-easy
• The platform has a variety of APIs that make it flexible
• With so many features and test libraries, you can use Robot for multiple applications across different projects

Some of the major pros of using the Robot framework are these:

The only thing we don’t like about Robot is the lack of flexibility. Namely, it doesn’t come with the usual functions such as skip tests, author tags, and nested loops.

Python has become the most popular programming language globally thanks to the wide range of practical benefits and capabilities. Web testing frameworks are one of the most important advantages of Python, which is why we decided to show you the top three solutions in this post. Have you ever tried any of these Python frameworks before? 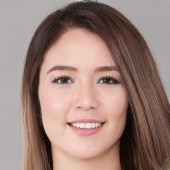 My name is Alice Jones, I’m a professional freelance writer from the United States. I have been writing articles for 6 years. I specialize in digital marketing, AI, E-marketing, E-commerce, social media, business, and also I am no stranger to other subjects such as personal branding and self-development. I like developing in different spheres.

Find out more about @alicejones