If you want to learn and use SQL for proper and efficient database management you will first need to know the standards and features of it. SQL can be used in different forms and flavors for managing some of the major RDBMS that you find today. There are chiefly two reasons for this such as:

In a SQL program there are a few statements that are used most commonly and are divided into specific categories such as:

In addition to the above it may also contain an SQL Quiz that consists of 25 questions to help you check whether or not you have understood the SQL concept. You may also find SQL String Functions and SQL Date Functions.

Whenever you write each command for a query the SQL syntax will appear first that will present an example to explain.  This will help you to use the correct syntax.

However, if you know and understand the basics of SQL rather than master all its intricacies like the experts of RemoteDBA.com, it will be much easier to use this database language to create the SQL query and manage your database.

Since there are several such tools available on the internet it may be a bit overwhelming for you to choose the right one. The best way to approach is to follow the DB-Engines ranking system that is usually given depending on different variables such as:

Based on this ranking system here are a few specific database systems that you will find topping the list which you can easily use to manage, edit and manipulate your SQL database.

All these database management systems may not be easy to learn because a few of them can modify the SQL standard greatly making it more difficult to learn their language. However, the best way to expedite your learning process is to learn while working on different projects and practice. 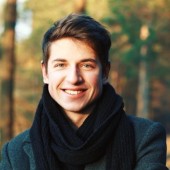 Find out more about @trudyseeger