IoT has become one of the common necessities of modern life. We no longer want to rely on switches to control the lights, doors, and curtains. We rather look for a simpler, better, and easier life. And to make life actually simpler, easier and better, IoT testing is a much-needed requirement. The avoidance of testing might cause the opposite effect on life making it difficult and riskier. The blog intends to briefly cover the process, challenges and tools included in IoT Testing. See other IOT resources on EuroSTAR Huddle.

Usability testing ensures the right usage capability of all the connected devices. The equipment used in the IoT architecture should be smart enough to deliver a warning in case of any error and emergency. Usability testing includes making sure that the notifications must be clear enough on the devices’ screen to be read and understood properly at the user-end.

While performing the connectivity test, a software development company needs to make sure that the device connectivity, data transfer, and the receiving of the job task is seamless. In addition, it needs to be ensured that the system is robust enough that it operates the basic function even when the connectivity is lost.

IoT is a data-centric system that includes the flow of data through multiple devices. The data flow usually includes the risk of data security during the transfer. Security testing needs to make sure that data is safe and encrypted while transferring from one device to another.

From the testing point of view, it needs to be ensured that the system performs the same even though the added data is disseminated. Performance testing also includes monitoring the system power usage and temperature to display during practical use correctly.

Upgrade testing is a combination of all of the above testing approaches used for all of the involved devices and connections upgrade.

The combination of Software and Hardware
IoT is the tech of things which integrates the applications of multiple hardware and software components. Regardless of software testing, the testing of various hardware devices like sensors, connected devices, and communication gateways is a challenge in ensuring the maximum use cases.

For this very reason, IoT testing calls for intensive testing of software and hardware together. The dependency of each component on the other needs to correctly analyze to make sure the accuracy in the overall performance.

Moreover, the software development company requires validating both internal and network connectivity. Real-time testing is another important challenge for IoT testing that requires to test the system in real-world scenarios.

As a final thing, the validation of resource considerations, including processing power, limitations in memory, bandwidth, and battery life is crucial for a software development company in IoT testing.

The testing tools for IoT testing can be varied depending on the requirement. For software testing, Wireshark and Tcpdump are used to monitor the traffic in interface, and source host address. On the other hand, JTAG Dongle, Digital Storage Oscilloscope, and Software-defined Radio are used to test the glitches that occurred in the hardware system.

Based on the above article, we can conclude that IoT testing has a meaningful impact on its usability, and it ensures that the user gets an error-free experience across all the connected devices. Moreover, the complexity of the system and IoT software might not let you easily grasp the errors in the system. And if the testing part falls short, untested and, unmeasured errors and bugs can cause trouble in a real-time experience. It’s important to correctly identify and fix the possible errors to avoid glitches and malfunctions. 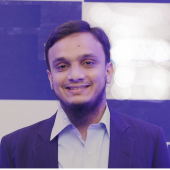 Zubair Hassan is a digital marketing expert at a Mobile App Development company. He loves to work for companies who need his skills in the marketing domain to market their product and make a mark for themselves.

Find out more about @zubairhassan