If you use a Smartphone, you’d be familiar with this. On an average, billions of mobile applications are downloaded every year by those who use smartphones. Be it Apple, Android or even Windows phones, mobile applications are galore for each platform. From online shopping to ordering food online, there is an app for almost everything today. However, downloading apps randomly without verifying their security could be harmful for you since they contain bugs or even invade your privacy. Most apps require you to submit certain personal details, in order to provide better services. Some even require access to your contacts and other details – information, which if leaked, could land you in trouble.

If you are working as a mobile app developer, you would know the importance of securing your app. It is equally important to be able to distinguish your secured app from malware. Think about it. Those downloading your apps might have faced flak in the past for having downloaded malware in the past and just want to be extra cautious. Also, there are numerous malicious codes doing the rounds that can breach your security and affect your apps adversely. This is why newer and more progressive methods are being developed by java application development services to secure the apps.

Why is Mobile App Security Important?

In the recent past, with the increase in dependency on mobile apps, malwares and suspicious activity related to mobile apps have also been on the rise. This has increased to the extent where mobile app developers are spending more time securing their apps than concentrating on the design and infrastructure of it. This is in wake of the recent events that have left the world in shock. Some of the most prominent mobile apps have been exposed as lacking in basic security as they fell prey to hackers who acquired personal information belonging to the users.

Now these security threats have been addressed by the companies concerned and have even been worked upon. But it makes you think, doesn’t it? If such prominent apps, owned by top brands, could be prone to such threats, then what about the not-so-popular apps that we keep on our phones?

Events like these make us understand the significance of digital certificates and digital keys which are crucial to the security of an app. Cybercriminals are ever on the prowl; any hint of vulnerability is enough to make you their target. In such dangerous times, mobile app security is, without a doubt, one of the most important aspects of any application.

What are Digital Certificates all About?

If you have a background in web design and development and mobile app development, you would be able to spot any kind of bugs or vulnerabilities with a particular app with ease. However, not all mobile app developers come equipped with an in depth knowledge of mobile application security. They might write the perfect code, run tests on it to make sure it is bug free and develop a spectacular app on the basis of this code. However, that does not guarantee that your mobile app is immune to threats. This might very well mean that your mobile app is prone to the bugs or malware that could corrupt your app.

If you have been a part of this industry for a while now, you would know of code signing. Now this particular technology is often used to address the most potential threats as far as mobile app security is concerned.

In most cases, when an app is developed, a publisher examines the app and finally signs off on it thus declaring it safe. This is an assurance of its integrity. However, this process isn’t all that secure since the identity of the publishers is often obscure and cannot be verified with ease. This is where the code signing technology comes in. This new technology basically provides the app with a digital certificate that determines its integrity. The platforms publishing the app are required to provide the app with a kind of digital signature. This signature would help you verify both the publisher and the origin of the app. If you download an app with this digital signature, you can rest assured; the app’s not a malware.

Digital certificates, along with cryptographic keys, can help you keep cyber criminals at bay. An analogy can help you understand how. The human body consists of antibodies which recognise and identify foreign and harmful matter and eliminate them. Digital certificates may be considered to be antibodies of mobile applications. If you are using the latest java application development services, then you would get the best protection for your apps. These would not only protect your apps from suspicious malware and bugs but would also help verify the authenticity of your app. And to make it abundantly clear, users prefer safe and secured apps more than anything else. 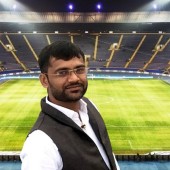 Chirag Tumar is working in Technoligent as a developer and He has vast experience in field of Bigdata, Java, testing and content writing. Chirag has hobby to write content and blog posts on various technical topics and He wrote many posts on them.

Find out more about @chiragthumar