Blockchain created a sensation on its launch. The innovation of bitcoin has changed the way we see at currencies. Introduced as a digital currency or say cryptocurrency for the private exchanges, it has now evolved as a technology with many brands deriving their apps and websites with the help of blockchain technology.

You can also enrol in a blockchain development services program to access these digital currencies for your business.

The Need for Testing

Blockchain is an open-source never-ending digital ledger used to store all the information related to the transactions taking place around the world. Blockchain consists of several blocks, with each block containing the information of a transaction. The information in a block is in an encrypted form, making it impossible for some to see it.

Automotive and Banking, financial services, and insurance in short BFSI are widely using blockchain technology because of its encrypted structure that makes it secure. However, instead of being a secure platform, frequent testing is required, and so is the demand for testers to ensure that no discrepancy exists in the mechanism. Vulnerability in any block can disrupt the entire network leading to million-dollar loss.

Any changes done in a block by the owner will create a wave effect that will demand changes in the adjacent blocks as well that requires to be addressed on an immediate basis. A situation like this requires the need of a tester. You can hire a blockchain developer that will help you from the initial phase of development to the testing phase.

The application based on the blockchain technology should be screened rigorously to prevent any event that may threaten the whole concept of utilizing the technology.

Functional Testing: Functional testing is mainly related to the blockchain. The characteristics of the blocks that include block size, chain size, data transmission, and the newly added block are tested.

Integration Testing: It tests how signals respond to interacting with systems based on different platforms. The tester ensures that the interaction between different sets of systems or environments is taking place smoothly. If not, the immediate attention of the tester is demanded to fix the issue.

Performance Testing: One of the most essential phases of the testing part is performance testing. The general characteristics and patterns on how the blocks are performing on the network, their steadiness.

The parameters that are included may vary and include any type of bottlenecks, the sequence of the transactions, the study of interfaces, network latency, and many more. The primary role of a tester is to ensure that all operations taking place on the network run smoothly and addressed in case of irregularity.

Security Testing: This phase has its own importance in the testing of apps built on the blockchain platform. The tester here checks for the vulnerabilities and if there are thorough investigation systems set up for owners accessing the platform. Consistent supervision and testing are required to avoid any event of hacking or attack of malware and viruses.

Application Programming Interface Testing: This testing is done for checking the communication and interaction of the apps taking place within the network. Testers monitor how the app responds and if the formats of the API are appropriate.

After reading this article, you must be aware of the requirement of an expert tester when it comes to the development of an app that is based on blockchain technology. Blockchain as a technology is preferred for its confidentiality and security while performing an exchange. Any flaw in the network might lead to a collapse of the whole blockchain, and hence testing is mandatory.

After you enrol for the blockchain development services, the developer will perform the testing phase to ensure smooth operation. 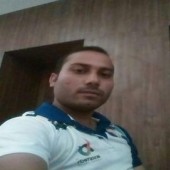 My name is Manish Sharma. I am a Digital Marketing Analyst at BR Softech is a Cryptocurrency Software Development Company. I am managing digital content to build a relationship for the company. Die-hard passionate with the profession and believe in simple living and high thinking.

Find out more about @manubr