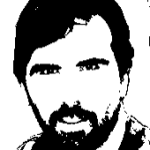 Maximiliano can claim to be one of the earliest members of TEST Huddle having joined us back in March. Maximiliano  works as a Test Manager with the non-profit Institute of Computer Technology in Valencia in Spain. The Institute specialises in Research, Development and Innovation in Information Technology and Communications. Hakan areas of interest at the Institute include Test Process, test tools and test project management. Hakan was also an early user of TEST Huddle having also signed up a number of months ago. As you might guess from his name Hakan is Swedish and is based there working for Sogeti, one of the largest software testing companies around.  He works as a Test Consultant there at their Swedish base on the edges of Stockholm. Being involved in management, Hakan may be interested in a ongoing discussion on TEST Huddle on Hiring testers with or without certification. 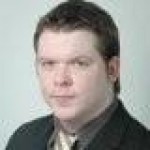 David is one of our Irish members of TEST Huddle. He works as a test lead for Spencer Stuart here in Ireland.  He is also a director of the Irish Software Testing Board which is affiliated with International Software Testing Qualifications Board (ISTQB). The ISTB provides a consistent accreditation system for the education and training of professional testers. David would definitely be interested in the discussion on the ISO 29119 standards on our forum.