Last time we got to know Pilar Barrio,  Egbert Bouman and Brandon Naidoo. Kasper is a test Consultant with  Living IT. Kasper interests include test Management, test Automation and security. His interest in security testing might stem from the fact that Kasper is a (white hat) hacker and works sometimes testing security for companies by hacking systems. It sounds very interesting and I am sure it’s a long way from the image of hackers that is built up in the media. James has been a member of TEST Huddle since May of last year. He is based in the U.K. working as a test manager with Linguamatics, James also runs his own testing blog and has some interesting blog posts. I really like d the short post on “Meet Meat Lewis”. It does suggest that he was made for a career in testing. You can read his blog here. 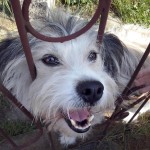 Ecaterina is a software testers based in Romania. Ecaterina works for the company Endava. Ecaterina main areas of interest include test planning, system testing and manual testing. I would guess that that is the family pet in the photo which looks like a Scottish terrier. I wonder what his/her name is?