Last time we got to know: Alan Richardson, Richard Bradshaw and  Ronan Dalton 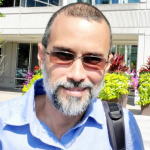 Freddy Joined TEST Huddle last week and straight away got involved in the discussion on the ISO 29119 debate. Freddy has posted about the subject on his own blog too.  He is based in Miani as a test lead with Team VGP. Pia is a software tester based in Denmark working for TIA Technology. Her areas of interest are in the test process field. Pia has joined the site very recently but has quickly got involved in the the forums especially the two webinar discussions we have had in the last two weeks. The first one was related to the Anne Mette’s presentation on the Core of Testing and the second was Fran O’Hara’s discussion on Quality, productivity and speed in testing. 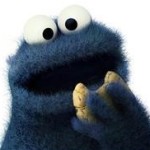 No, I don’t think that the cookie monster has joined TEST Huddle either. Chul is a test engineer working with Tele2 NL in the Netherlands. His area of expertise lies in mobile testing. I think Chul would be the perfect man to answer the question might be able to help the question posted by Rui on the forums as to which is the best testing tool for all three major mobile platforms.