This week I am featuring a few more members for you to get to know. 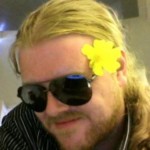 Dave hails from the U.K. but is currently working as a QA Director in Iceland. He is blessed in having the same name as David Mitchell (the comedian and actor) and David Mitchell (the author) and not to add more confusion Dave Mitchell (the former footballer). That must be fun for Dave! Dave joined the sites a few months ago and got involved straight away in the “Art of Asking Questions” discussion. Padmaraj is from Latvia. He is currently working as a Test Engineer. He likes to focus his attention on Test Automation though with his experience in  development and in testing both hardware and software. Padmaraj has contributed to the ongoing debate on the TEST Huddle forums on the Taxonomy of Software Testing Terms – a discussion that makes you realise that there is an awful lot of terms in software testing. Seija is a Finish lady, working with Sogeti Finland as a Test Consultant. Seija joined the community not too long ago and seems to be enjoying interacting with others in the community. Her story as told in the “How did you get involved in software testing” discussion gives a great insight into how so many people come into this industry from very various backgrounds. She found herself working as a test manager of a new project in a internet company where previously she has been working as a quality engineer. Having no experience in the role, she had to learn from the ground up. It’s a nice story, well told. Mateusz is a software tester who works for ABB in his home country of Poland.  His main interest in testing is in automation and security and he is hoping to find some resources on automation and security testing on TEST Huddle. He may be interested as may you in the Hangout we hosted last week on TEST Huddle. The Hangout with Fiona Charles was on the issue of Testing Standards and Certifications and revolved around the recent debate in the testing community on the new ISO standards coming out soon. You can watch that hangout here.