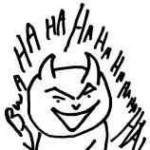 Alan or as his moniker goes by @eviltester (I’m sure he is not evil at all) is a software tester  for Compendium Developments based in the U.K. Alan has recently got involved in the discussion on the Core of Testing – webinar hosted by Anne-Marie Mett. The discussion is still ongoing so feel free to join it here. Richard goes by a moniker for TEST Huddle that is quite the opposite that Alan’s suggests. Richard aka the Friendly Tester has his own blog on testing (surprisingly called thefriendlytester.co.uk) and works for himself as a contract tester. As someone who is interested in the ISO 29119 debate, Richard might be interested in the discussion we have on TEST Huddle at the moment on the ISO standards debate. You can view that here. Finally today, we feature Ronan Dalton. Ronan is a Irishman and is in possession of a great name. He works in the testing industry and has just started a conversation on TEST Huddle on UI automation testing and the development process. He is looking for some help with his query. Perhaps one of you out there can help?