Last time we got to know Alin Groza, Alexander Mundorff and Marie Danielsson.

This week’s  featured members are:

Kim is a brand new member of the TEST Huddle community. He became a recent member after his presentation on Test Huddle as part of our test automation series.  Kim works as a  ‎Software Development Engineer with Microsoft and is based in the United States. Such was the popularity of his webinar that the questions spilled over into the Test Huddle forums. So if you have any thoughts on “testing as a bottleneck”, you can share them here. Daria hails from Ukraine and works at Sim Corp as a test analyst. She is interested in the area of test automation and DevOps. Daria has got involved in the discussion “Things You Should never say to a Tester” recently with a few examples of phrases that testers don’t like to hear. 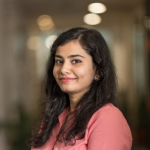 Khyati is a test engineer based in India. She currently works for Ericsson. Her main area of interest as a tester include test automation using tools like SoapUI, Selenium and others. Kyyati recently listed an testing event happening in India on the TEST Huddle events page. It’s the home of listings for all the best testing events. You can list your own event or even one that you are attending.