Last time we got to know: Maximiliano Mannise, Håkan Lycksell and David O’Dowd. 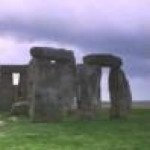 Alexei Vinogradov is a software testing consultant hailing from Germany. He recently attended the Core of Testing Webinar presented by Anee Mette Haas which you can view here. It proved to be a very stimulating topic which brought about a very popular discussion. Gordon is a test consultant with SQS based in the UK (where the average yearly temperature is a bit lower). Gordon recently hosted a webinar at TEST Huddle. Titled “Leveraging the cloud for on-demand test services“, the webinar was on using cloud computing for testing. There was a discussion on the subject after the webinar. If you want, you can catch up on that here.